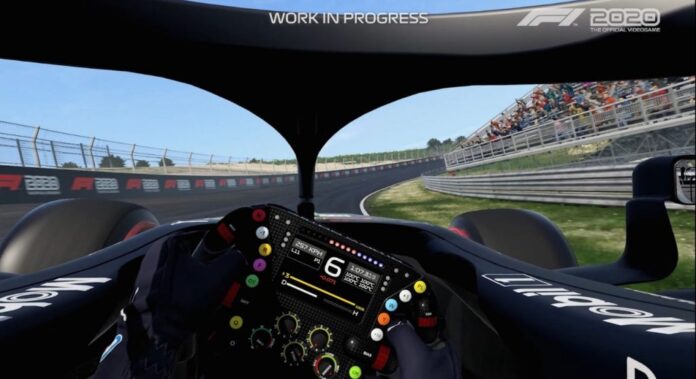 Codemasters, who developed the official games of Formula 1, released the gameplay video of F1 2020. The images showcase the Zandvoort track in the Netherlands, which returned to Formula 1 years later.

The first images came from the highly anticipated new game of the F1 series. Developer Codemasters offers a detailed first look at the Zandvoort track, which will be added to the popular racing series for the first time with the gameplay video of F1 2020.

The Zandvoort track, which was originally planned for the weekend in the F1 calendar but later postponed due to the coronavirus outbreak, would return to F1 for the first time since 1985. The gameplay footage includes the car of the Dutch pilot Max Verstappen of Red Bull Racing.

Returning to the world of Formula, Zandvoort track is coming to F1 2020
Located in the coastal region of the state of North Holland, Zandvoort is a traditional style racetrack. As the track prepares to return to Formula 1 in 2020, it will take its place in the new game of the F1 series with all its details. The 18-degree curved bend, unique among the F1 tracks, will allow drivers to overtake competitors by overtaking the competition and raise the adrenaline of the audience.

“The team did an incredible job to recreate the track from all angles. The curved final bend going towards a long straight will be something players will enjoy. Zandvoort, altitude change, blind slopes and tough braking.” It is a very technical track with its points. Intense pace doesn’t give players a second to rest, “he said. F1 2020 will arrive for PlayStation 4, Xbox One, Stadia and PC on July 10.

Will Smith’s Netflix Movie Postponed Due to Oscar Slap Controversy