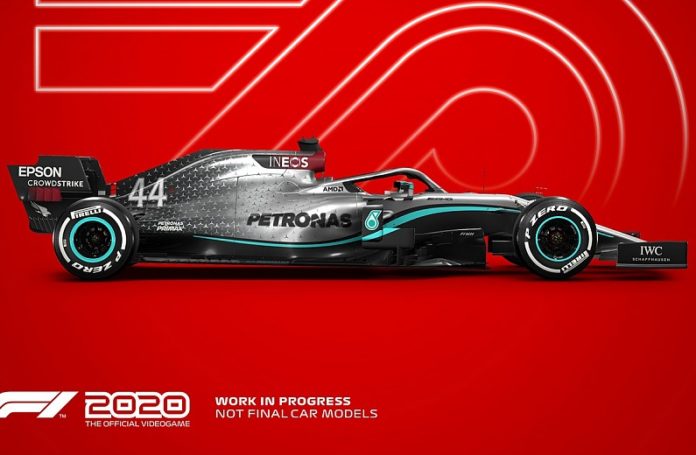 F1 2020, the latest version of the F1 series, which is one of the favorite of motor sports enthusiasts, will arrive on July 10. The new game will feature My Team mode, changes will be made in Career mode.

Due to the coronavirus epidemic, the motorsport schedule was changed and the races were delayed. In this process, racing fans did not have many alternatives to comfort themselves. Professional racers became YouTuber and started broadcasting while playing F1 2019 at home.

The news that pleased the racing fans who watched everything from competition to toy car races on YouTube came from Codemasters. The company announced that F1 2020 will go on sale on July 10, 2020. Game; It will come to Xbox One, PS4, and PC platforms. F1 2020 will also be the first F1 game in Google Stadia.

Career mode is changing:
Career mode of the game returns with F1 2020. In this mode, players can now choose the length of the season themselves. You can optionally try to be the king of the tracks in 10, 16 or 22 racing seasons.

In addition, Formula 2 returns to the game this year. For those who want to return to their childhood, the feature of playing together by dividing the screen in two draws attention as another mode that will take place in the game. Tracks such as Hanoi Street Circuit and Zandvoort Circuit have also been added to the game.

New mode: My Team
The game will also feature a new mode. In this mode called My Team, you will be both the owner and the pilot of the team you will establish. Technically, this mode will be a kind of manager mode that you own. You will now have a place to throw yourself in after watching Formula 1: Drive to Survive.

In addition to the standard version of the game, a Deluxe Schumacher Edition will go on sale. This mode will also include names such as the legendary Formula 1 pilot Michael Schumacher. In addition, four different vehicles used by Schumacher (Jordan 191, Benetton B194, Benetton B195 and Ferrari F1-2000) will take place in the game. More details will be announced as the game’s release date approaches. You can watch the trailer of the game below.

CoronaVac: know how many doses your state will receive