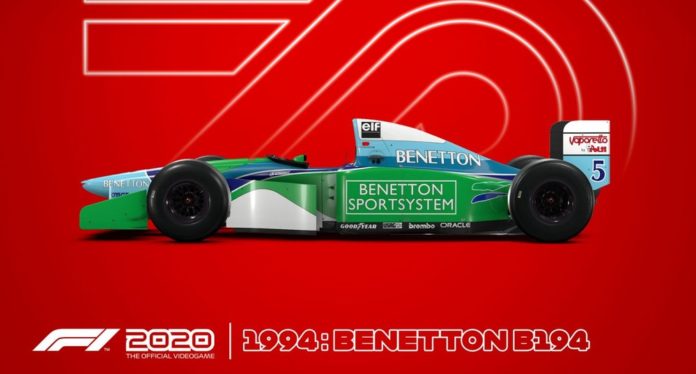 F1 2020 has just been announced by producer Codemasters, this Wednesday (15), and arrives on July 10, on PlayStation 4 (PS4), Xbox One, PC and Google Stadia. In addition to the normal edition of the game, the Michael Schumacher Deluxe Edition version will also be sold, which will have all the original content, but will give you a bonus of three days prior to launch and exclusive digital content. One of these extras is the chance to control German champion Michael Schumacher in the four cars he drove during his career.

Codemasters also highlights that F1 2020 brings, as one of the novelties, the opportunity to create an organization from scratch, within the automobile modality, with the MyTeam mode – inspired by other sports games. It will be possible to change season length, circuit list and more personality to your drivers.

To also celebrate the 70th anniversary of Formula 1, the game also comes with the option to pre-sell special editions in steelbook – physical version – and more thematic digital bonuses to be detailed by the producer.