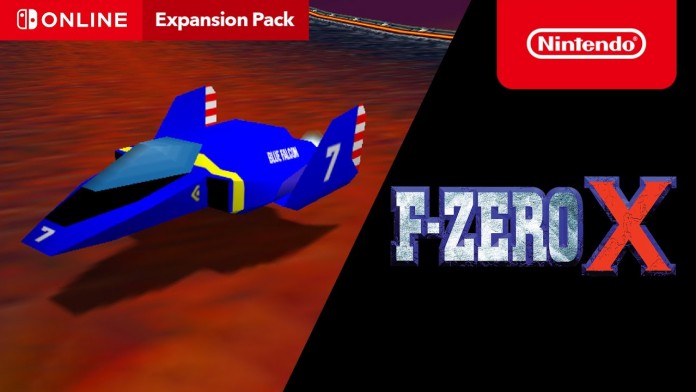 F-Zero X: The legendary speed video game published in 1998 will break into the NSO + Expansion Pack mode, keeping its content and spirit intact. F-Zero X will arrive on Nintendo Switch Online + Expansion Pack next Friday, March 11, 2022. After the premiere of the extended Nintendo Switch membership service on November 5, the Japanese firm thus confirms a new additional title of the Nintendo 64 collection, which adds to the additions of December (Paper Mario), January (Banjo-Kazooie) and February (The Legend of Zelda: Majora’s Mask). We are talking about one of the most important and remembered video games on the console, which in the middle of 2022 maintains its sensation of speed and frenzy intact.

F-Zero (N64) and F-Zero GX (GCN) are the two most remembered installments of this demanding series, overshadowed by the commercial success of Mario Kart in the speed genre within the Japanese house. 29 tracks, a multitude of cups, five game modes and increasing difficulty that brings out the best in ourselves. All this not to mention an absolutely memorable soundtrack.

What will be the next Nintendo 64 games on Nintendo Switch Online?

According to information shared by Nintendo last September, on the occasion of the announcement of Nintendo 64 in Nintendo Switch Online + Expansion Pack, aside from the initial 9 games with which the service debuted, the company anticipated the arrival of a total of 7 titles for the coming months. Four of them are already available (Banjo-Kazooie, F-Zero X, The Legend of Zelda: Majora’s Mask and Paper Mario); so the next three should be these, in whatever order Nintendo chooses: Kirby 64: The Crystal Shards, Mario Golf, and Pokémon Snap.

Iron Man Building Armor for Other Heroes Is Getting Out of...