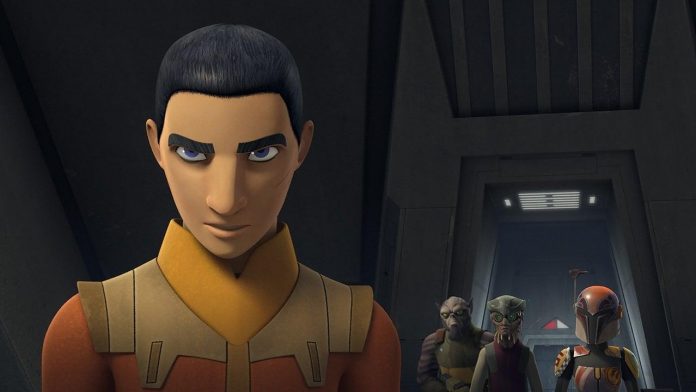 It is reported that in “Star Wars: Ahsoka” the hero of “Star Wars: Rebels” Ezra Bridger will return.

Making his live debut in the upcoming Disney+ show, Bridger will be played by actor and director Eman Esfandi, as confirmed by The Hollywood Reporter.

Ezra Bridger was first seen in a galaxy far, far away in Star Wars: Rebels, a recent popular Star Wars animated series about a ragtag band of rebels during the rise of the Rebel Alliance.

Although the details of the Ahsoka plot are strictly classified, it is expected that it will follow a Jedi quest to track down Admiral Thrawn, a former imperial commander.

Thrawn was last seen going into space with Bridger… and it is believed that Ahsoka will continue the story of the trio.

Ahsoka is being developed by Dave Filoni, who also created Star Wars: Rebels with executive producer Jon Favreau. It sounds like Star Wars Rebels is pretty much fueling Ahsoka, and with the return of Ezra Bridger, we may soon see some of our favorite Rebels follow suit.

It is noteworthy that Sabine and Chopper have already teased…

Initially, Bridger was voiced by Taylor Gray, who was replaced by Esfandi in live performances.

Similarly, Ahsoka will be played by Rosario Dawson after the character’s first live performances in “Mandalorian” and “Boba Fett’s Book”… but she was originally voiced by Ashley Eckstein.

In addition to heading to a galaxy far, far away, the Ahsoka Dawson star recently confirmed that she wants to return to the MCU in the upcoming Daredevil series, Daredevil: Born Again.

She previously starred as Claire Temple in the popular Netflix show.

Want to know more about Star Wars: Ahsoka? Learn all about Ahsoka’s connection to the Force, as well as how actress Rosario Dawson fights these legendary head-tails.

Apple’s iPhone Event: Everything is announced

Raya and the Last Dragon: Box office with $ 8.6 million