Home Crypto Eyes on Cardano and These 7 Altcoins: Binance List and More… 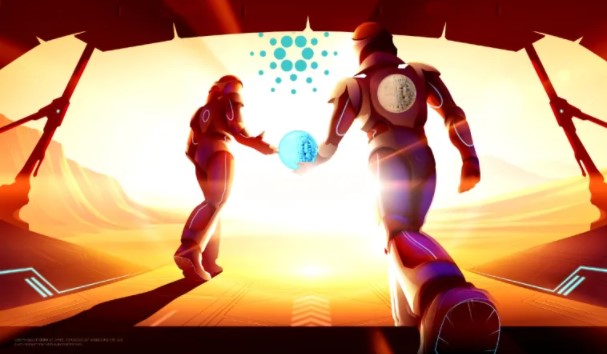 KILT Protocol announced the launch of DIDsign. The number of Cardano network transactions increased to 140,000 as the number of on-chain projects increased. Polygon expands its ecosystem with the integration of DataMynt. Parallel Finance has launched the DeFi ‘Super App’ for the Polkadot ecosystem. And more. We have compiled the important developments regarding Cardano and 7 altcoin projects for Kriptokoin.com readers.

KILT Protocol has announced the release of DIDsign, a decentralized way to sign and verify files privately and securely. DIDsign is an application designed to make online services more convenient and secure in the next internet generation, Web3.

DIDsign allows you to sign any digital file (PDF, audio, video, software) directly in your browser using a unique decentralized identifier (DID). You can download your signed file (or group of files) to your device as a signed zip file and send it to anyone you want using the method you prefer (e-mail, Telegram, WhatsApp, etc.).

Fantom (FTM), a Layer-1 Blockchain platform powering decentralized finance (DeFi) applications, is reporting a 4,200% increase in smart contract deployment since February 2021. It states that the number of verified contracts distributed has increased from 111 registered in February 2021 to 4,677. In February of this year, it represents a 42-fold increase.

Tier 2 scaling platform Polygon has announced the latest integration into its ecosystem as it continues to expand. In a recent release, DataMynt, a cryptocurrency payment solution, can soon be integrated with the Polygon full-stack scaling solution with partners, merchants and retailers. DataMynt will likewise support Polygon’s extensive network and user base, as outlined in the release.

In late January, Polygon announced that it had reached the adoption milestone with over 7,000 decentralized applications (dApps) running on the network. The exponential growth of new applications in decentralized finance (DeFi) and Non Fungible Tokens (NFT) has caused congestion and spikes on the Ethereum mainnet. Most of the event went to Polygon to take advantage of the low fees.

According to a recent tweet by DogeWhaleAlert account, Robinhood crypto exchange is holding about $5 billion worth of Dogecoin on behalf of its investors. Meanwhile, a staggering $34 million of DOGE has been transferred between anonymous wallets recently. Robinhood currently owns 31.7% of circulating Dogecoins. The tweet also states that the company uses two wallets with eight addresses to store Dogecoin.

8.3% of Ethereum supply is now out of circulation

According to IntoTheBlock reports, more than 10 million ETH has already come out of the circulating market supply as the leading altcoin project’s staking feature is getting more and more popular with each passing day. Eight-figure ETH is now invested in the contract, which ensures a stable income with a certain amount of ETH locked for a minimum period of three months. As Coinbase previously reported to its users, the APY will increase from 5% to 12% following full migration to a Proof of Stake (PoS) network.

Polkadot-based lending protocol Parallel Finance strives to be a one-stop shop for all corners of decentralized finance (DeFi). That effort was fueled by the first launch of six products spanning the DeFi range on Friday. From wallets to staking, from crowdsourcing to cross-chain bridges, an automated market maker, bootstrapping and crop farming.

Today is the Critical Day for Bitcoin and Altcoins: Here’s What...