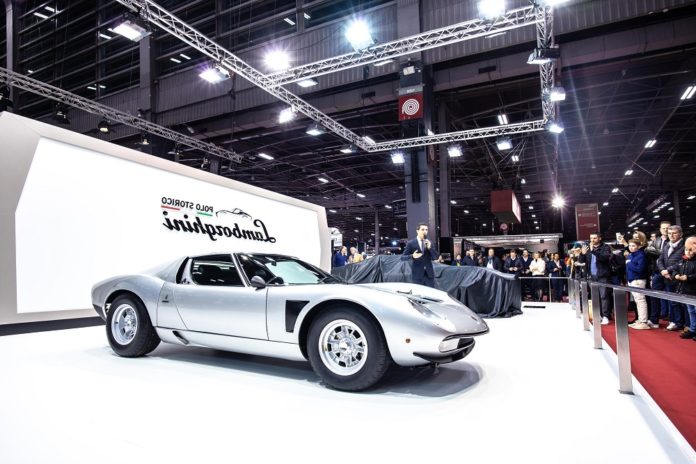 The Miura model has an important place for both Lamborghini and supercar history. Miura, which is much more famous than the front engine GT cars and has announced the name of Lamborghini to the world, paved the way for motor vehicles in the middle. This has made it an important target for car collectors, but the vehicle you will see below is entirely different.

History of Polo Storico:
Like today’s Aventador SVJ, Miura SVJ was one of Lamborghini’s strongest prototype cars. The vehicle has been described as a passion project run by the legendary test driver Bob Wallace of the company. The vehicle was built for races.

The racing project was later abandoned completely, but the manufacturer company applied its experience on several cars during the project and gave these cars to its most privileged customers. According to the broadest estimates, there are 8 of these cars in the world. Manufacturer Lamborghini estimates that there are around 4 cars.

The car exhibited within the retromobile belonged to Hubert Hahne. Hahne was a car racer and served as the official importer of Lamborghini after his retirement. The car previously had black and white colors. Later, Hahne painted her in her current color, silver.

Vivo X60 Pro Plus is announced with Snapdragon 888