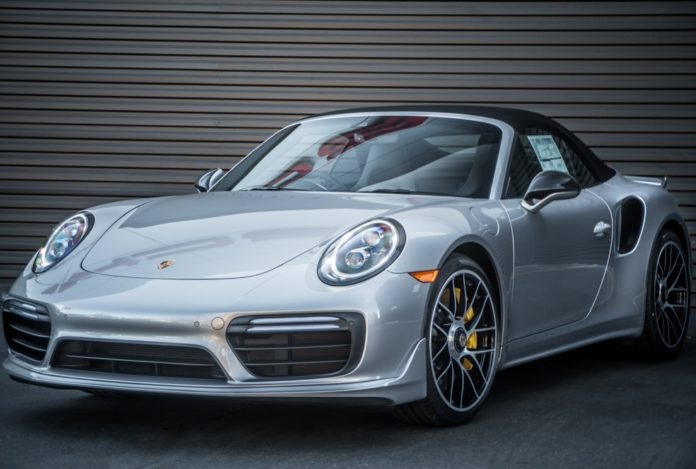 You may have watched many videos demonstrating the extraordinary performances of Porsche 911 Turbo S models, but we can promise that you have never seen them before. A modified Porsche 911 Turbo S, which came to the track at a special event, managed to cut the front wheels off the asphalt during take-off.

It is not easy for a car that weighs tons to lift its front wheels during take-off. You may have come across such videos before. But what the Porsche 911 Turbo S accomplished is nothing like the others. Performing at the Auto Club Famoso Race Track in the state of California, USA, the vehicle lifted its front wheels in the air thanks to the enormous thrust it exerted during take-off. Not one, but twice.

The modified Porsche 911 Turbo S, whose nose lifted about 61 centimeters from the ground, managed to complete the 400-meter distance in 9.27 seconds at a speed of 262 kilometers per hour. The car, which has achieved a very impressive performance, is quite different from other 911 Turbo S models, as you can imagine. The car, which looks like an ordinary production model from the outside, has a huge engine that produces exactly 1,250 horsepower.

The modified vehicle manufactured by ByDesign Automotive is based on the 2015 Porsche 911 Turbo S. Among the changes to the car are new exhaust, upgraded turbos, met injection, raised axles and a new ECU tuning. The production model of the 911 Turbo S has a 3.8-liter twin-turbo 6-cylinder boxer engine that produces 540 horsepower, but this version has a 4.0-liter unit. Equipped with a seven-speed dual clutch automatic transmission, the sports car can thus distribute power to all four wheels.

German automotive giant Porsche will introduce the new generation of its iconic model at the Geneva Motor Show in 2020, which will be held in Switzerland early next month. The vehicle, which will use the same engine as the current 911 Turbo S, will produce 650 horsepower.