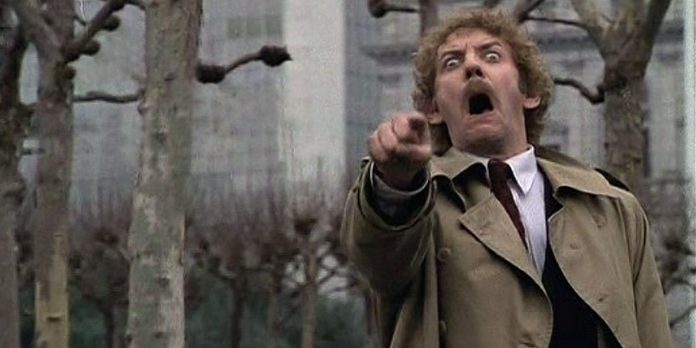 Sometimes the concept of science fiction arises in the minds of many authors at the same time. When enough creators of the same era come to the same conclusion, this unique anxiety can define the era. This is certainly the case with the paranoid 1950s and their deep-rooted fear of being captured by an invisible alien force.

Body snatchers are a general term for beings capable of taking the physical form of something else. It can take many forms, but this process usually leaves the body untouched and the mind painfully aware of its new nightmarish prison of flesh.

Since the early days of the medium, one of the most common stories in science fiction has been an alien invasion. This is a basic space horror movie. From the “War of the Worlds” to “Annihilation”, this trend has not disappeared, but has only become smarter. Even in the early days of the concept, aliens arrived in military regiments to forcibly colonize the Earth, producing an uncanny impression of European settlers. Often it came down to the fact that a force with the best technology was finally doing to the powerful what they had been doing to non-white countries for generations. This story weakened over the years, and new subversive actions of the alien invader were to appear. One of the most common, at least during its heyday of the 50s, was the imperceptible invasion of extraterrestrial beings who captured the population from within.

None other than the immortally controversial Robert A. Heinlein is credited with inventing the “Body Snatcher” trope. Heinlein’s 1951 novel The Puppet Master tells the story of an American secret organization that is trying to stop the onslaught of slug body snatchers from Saturn. Anyone who is well acquainted with Heinlein’s work can guess where everything is going. A hyper—masculine hero with a round jaw, a beautiful red-haired heroine and a grumpy old genius are all in place, as expected. This novel presents in its backstory the evolution of science fiction about an alien invasion, offering earlier observations of flying saucers as intelligence before their body snatchers strike. This novel, also characteristic of Heinlein, is not only science fiction, but also a political polemic. There is really terribly unpleasant violence directed against a force that he constantly compares with his ideological enemy. This trend will not disappear.

Three years after Heinlein’s brutal anti-communist article, vaguely disguised as a sci-fi spy novel, the work that gave the name to this cliche hit the shelves. “Body Snatcher” by Jack Finney is both a film that systematizes the concept and a unique work of its kind. In Finney’s 1954 novel, spores descend from the sky, forming pods that perfectly copy sleeping people. Clones have the appearance, scars, and even memories of the subject, but cannot experience emotions. Clones also cannot reproduce and age quickly, dying out after about five years. The fear here is not in global absorption, but in the devastation of the environment. If left to their own devices, the spore-based clones will die out and leave Earth to plunge into disaster. Instead of the typical aggressive individualistic anti-communist messages, the Finney aliens directly refer to the treatment of the white culture with the natives. And instead of a typical nightmarish ending, Finney’s clones realize the error of their ways and leave the planet. It’s a strange story, but it’s also not the version that most people are familiar with.

Jack Finney’s novel has been directly adapted for the big screen four times with two additional free adaptations under different titles nowadays. The classic 1956 iteration changes several details from the book and served as the basis for most other versions of the text. Pod people share their origins, but often represent more vague goals. The image of the Body Snatcher, like many great horror concepts, is clearly political. However, among horror tropes, it may be one of the least consistent in its interpretation. Since it was terribly common in the 50s, many wrote it off as an example of comical fear-mongering around communism. Heinlein certainly viewed the idea that Americans had any faith other than his own as the most evil thing he could imagine, but later versions did not necessarily follow the same trend. Some argue that the 1956 film adaptation was actually a critique of McCarthyism, portraying America of the 50s as a brutally overwhelming individuality. Regardless of its subtext, “Body Snatchers” were the highlight of that time.

These days, most body snatcher films are reinterpretations or remakes of existing material. Most science fiction stories about space tell about one or two species living by similar rules. Stargate has Goa’uld; snake-like aliens that enter the base of the spine and take over the host’s mind. Star Trek II: The Wrath of Khan features a Whale eel that changes its master’s mind.

Dying Light 2 Leaks And Techland Asks To Wait For The...