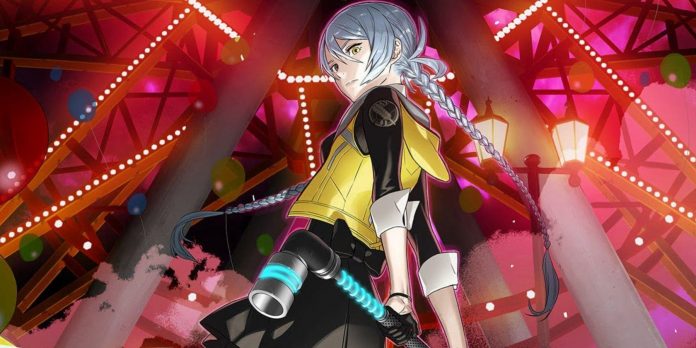 “Hidden Bats” is a recently completed alternate reality (ARG) Twitter game organized by Spike Chunsoft to promote its upcoming game: AI: The Somnium Files—nirvanA Initiative, which will finally debut for PC and multiple consoles. June’s. A series of mysterious tweets from the Hidden Bats organization allowed players to vote on the fate of various stolen items. To the surprise of the participating players, Spike Chunsoft and developer Kotaro Uchikoshi hinted that the ARG results might have some impact on the game itself.

AI: The Somnium Files, released in 2019, is a mysterious adventure video game based on ARIS, an organization that uses futuristic technology to solve mysteries by penetrating the minds of subjects. The nirvanA Initiative will feature the returning character Mizuki, a new ARIS operative Ryuki and their artificial intelligence partners Aiba and Tama, who investigate a strange case with a dead body cut into two halves.

Hidden bats were a social experiment similar to a saw

In The Hidden Bats ARG, which premiered in mid-May, three pairs of characters were abducted by an unknown organization and forced to solve puzzles using Twitter. With the help of puzzles, Twitter users will learn more about the past and crimes of the captured characters, which range from lying to theft and even murder. Then Twitter users will be offered a task, which, as in one of the sadistic Jigsaw games from the Saw movie franchise, will force them to choose which of the abducted couple will survive and who will not.

The first couple abducted were Aine Ichirai, a female thief, and Binato Sotobara, a male yandere and stalker. Both were initially friends with Twitter, until it turned out that each of them committed an accidental murder in the course of their other crimes. Users were asked to balance likes and retweets of a couple of tweets from character accounts. Although attempts were made to equalize the votes so that both could escape, and the hashtag #tAIthevote is gaining momentum on Twitter, in the end Aina was saved and Binato was killed.

The second couple were Marikha Monzen and Lumina Rikujo, former friends who have separated in recent years. Although they could initially collaborate via Twitter, Lumina’s mistake caused Mariha not to solve the puzzle and led to the two arguing and calling each other by different names. This time, Twitter was able to successfully equalize the number of votes by balancing the number of subscribers that each girl’s account had. Both Mariha and Lumina were released, although they decided to separate and not continue their friendship.

The fate of the returning character has been changed

Fans were shocked when the final round of the game was announced, and one of the abducted characters was Iris “A-set” Sagan, an Internet idol and a returning character from the original AI: The Somnium Files. She was abducted along with Kairo Goshiki, a former professional athlete who became a criminal after an accident ended his career. In the end, the couple’s riddles revealed that Iris was unwittingly responsible for Kairo’s accident, while Kairo’s constant smoking at Iris’ workplace led to her developing a fatal brain tumor. Iris repented and apologized, but Kairo was furious and demanded that his followers kill Iris.

The fate of the last couple was decided by a poll conducted on Twitter. Since more than ten thousand votes were cast in the poll, which is much more than in any of the previous rounds, fans suspected that it was about buying voting bots. Despite a loud contingent of fans trying to even the votes again, Kairo eventually defeated Iris by more than a thousand votes, as a result of which the former figure skater was released and the idol was killed. Fans are concerned about how this will affect the upcoming nirvanA initiative, since Iris has already appeared in trailers and other promotional materials for the game.

Were the events of hidden bats real?

After Twitter’s unexpected decision to save Kairo instead of Iris, the Hidden Bats account went silent for almost twelve hours, prompting fan speculation that Spike Chunsoft, the developer best known for the Danganronpa series, was forced to scramble due to an unexpected result. Eventually, a post consisting of a short video was posted on the official Hidden Bats website claiming that all ARG events were a simulation. However, the video ended up encouraging fans to look for further clues in the full version of the nirvanA initiative, hinting that ARG events will eventually be related to the game.

Ultimately, “Hidden Bats” became a unique experiment that attracted fans, forcing them to choose which characters survived and which died, presenting the themes of the trial, the relative severity of various types of crimes and whether a crowd of viewers can really administer justice.

Doctor Strange In The Multiverse Of Madness Leaves Us Stunned: New...

Chevrolet teases the sporty and luxurious look of the Blazer EV