Home Entertainment Explanation of the Soul-like mechanics of Thymesia 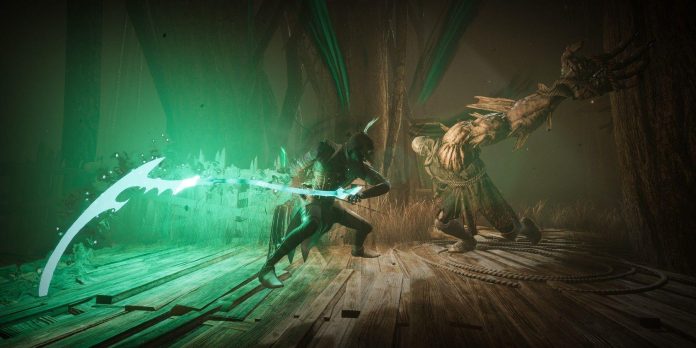 Every decade or so, a new genre takes the gaming world by storm. In the 1980s, Super Mario Bros. the love for 2D sidescrollers was spurred on, in the 1990s Doom popularized the genre of first-person shooters, and in the 2010s Dark Souls from FromSoftware marked the beginning of the Soulslike genre. Although this genre is still in its infancy and as such has no clear definition, there are several features that distinguish Soulslike from the usual third-person role-playing game. Soulslike often needs some form of endurance management system, focuses on slow and methodical combat, and has evasion and parry mechanics. These mechanics are the foundation of the Soulslike genre, and the upcoming Thymesia has them.

The release of Thymesia will take place in just a few weeks, on August 18. The action takes place in the Kingdom of Hermes. Timesia puts players in the place of a plague doctor who is trying to cure the kingdom of a disease that generates monsters. With the power of alchemy on his side and some reliable mechanics like Souls, the player will have to dodge throws and cut his way through hordes of wild monsters.

The Mental mechanics of Thymesia

As in Bloodborne, Thymesia throws a lot of creepy horrors at the player, ranging from spoiled villagers with pitchforks to clumsy wolf-like monsters. The overall game cycle of Thymesia follows a typical Soulslike formula. Players will aim at their enemy, bypass him, dodge oncoming attacks and strike their own blows when the opportunity arises. The overall pace of these combat encounters looks a bit faster than the average in Dark Souls, but not as fast as in most Bloodborne fights.

As you progress through Timesia, players will discover different types of weapons, each of which has its own set of animations and characteristics. Weapon options range from long scythes to broadswords and two-handed daggers. Some of the best weapons in the game seem to fall out of terrible game bosses, each of which is clearly more infected with the plague than the previous one. As players level up in Timesia, they will begin to unlock more abilities for their playable character named Corvus. These upgrades can change how Corvus moves around the enemy and how his weapons affect enemies. This could also be the place where Thymesia will present its various build options, which will presumably greatly affect how the player approaches each battle.

In addition to his arsenal of plague weapons, Corvus also possesses various unnatural abilities. One of them is known as his “Raven Form” and allows Corvus to dodge enemy attacks or use feather-like projectiles. These projectiles, if calculated correctly, can stop an enemy in the middle of an attack, opening it up for a devastating retaliatory strike — a mechanic that is very similar to the Quicksilver Bullet parry mechanics from Bloodborne.

Although it doesn’t have to be in every Soulslike game, a component that is often carried over from the FromSoftware series is a high level of difficulty. While most soullikes just complicate the game for themselves, the best of them know how to create a complex gameplay that rewards both skill and thought. Hopefully, Thymesia can fall into the latter category by actually creating some challenging but honest combat encounters. This is especially important when it comes to boss battles, which are always given a lot of attention in games like Souls.

Thymesia is released on August 18 on PC, PS5 and Xbox Series X/S.