Home Entertainment Explanation of the sci-fi trope “Simulation of Life” 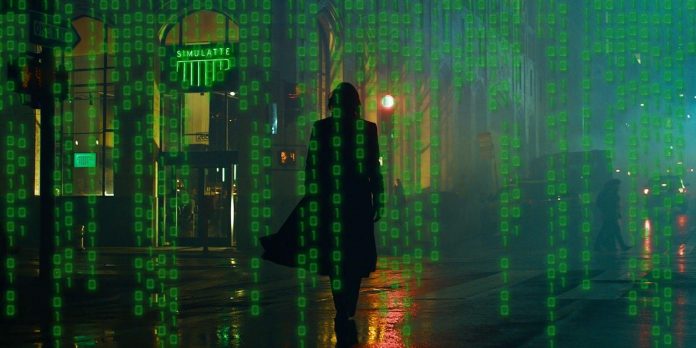 Science fiction is the art of imagining what the distant future or the far corners of space might be like if humanity ever survives to see those times and places. However, one uniquely common image of this genre does the opposite, suggesting that the banal everyday appearance that can be expected on Earth is only a technological illusion.

When Neo woke up for the first time in Wachowski’s groundbreaking 1999 science fiction The Matrix, it was one of the best twists in modern cinema. This momentous moment in the history of science fiction is built on a mountain of previous material and influenced everything that followed it.

The easiest way to summarize the image of the simulation of life for most of today’s viewers is to point to the premise of the “Matrix” and stop there. This image suggests that someone or something has created a virtual reality that perfectly mimics the experience of real life. It can be sold as a consumer product that gives you the opportunity to enjoy reality without leaving home. It could be a video game similar to The Sims, but much more advanced, which offers an overly realistic experience thanks to powerful new hardware. But most often it is a technological panoptic super-drama that lures its theoretically infinite victims into a fake reality in which they do not know that they are.

The original philosophical rationale for the simulation of life comes from ancient Greece. Plato’s “Allegory of the Cave”, first published as part of his work The Republic in the early 6th century, is a big idea underlying concepts such as The Matrix. A cave is a narrative thought experiment describing a group of people chained to a wall for life. The only thing they can perceive is shadows playing on their faceless wall, so it becomes their reality. Although it’s not a representation of real life, shadows are all the prisoners know, so this is their version of experiential life. The moral of this story is that reality is perceptible and that conditions can force a person to accept incorrect sensory data as fact. Science fiction, as it often happens, reinforced this idea by presenting technologies of a fantastic future.

One can imagine that the life of those who are in the cave will be hell, but with illusions much more advanced than the shadows on the walls, this state can be improved without real reality seeping in. Lawrence Manning’s 1933 novel “The Man Who Woke Up” tells the story of Norman Winters, a man who plunges into suspended animation for 5,000 years to experience new eras firsthand. In the third story of this anthology, which takes place in 15,000 AD, people voluntarily enter a machine that replaces all stimuli with programmable electrical impulses. This allowed humanity to sleep forever and completely control their sleep, allowing them to live a perfect life. Since most of the population is constantly sleeping, Norman realizes that society will soon collapse due to complacency. It probably wasn’t the first look at this concept, but it laid a great foundation for its future.

The idea of virtual reality achieved surgically is one of the fundamental elements of cyberpunk science fiction. Neuromancer, William Gibson’s 1984 sacred text for this subgenre, postulates life in virtual reality as an excellent substitute for real life, and not as a forced simulacrum. In this novel, the term “cyberspace” was most often defined by the line “A consensual hallucination experienced by billions of legitimate operators every day.” Gibson was based on Manning’s ideas, imagining a complete society and an infinite potential for interaction in a simulated reality, and turning real reality into a nightmare requiring escape.

Gibson’s work inspired decades of further cyberpunk fiction, from Neil Stevenson’s “Snow Crash” to Ernest Klein’s “The First Player to Get Ready.” Of course, the two most diligent researchers of Gibson’s cultural movements were the Wachowski sisters, who even borrowed the name of Gibson’s cyberspace center — The Matrix.

This virtual reality is so prevalent in fiction that it has evolved into real-world conspiracy theory ideas. Countless people have been convinced that the reality in which they were born is an intricately created simulation with a variety of consequences. Some suggest that humanity is a toy of some incredibly advanced alien species, an intelligent Sim. Others legitimately claim that the machines have already taken over, perhaps suggesting that The Matrix was a documentary and a form of bragging. Some even wake up every morning, convinced and grateful for the false reality they have created. The nature of reality is perceptual, and this creates constant idiosyncrasies in everyday life. If someone were looking for this, people could convince themselves that computer code better explains their reality.