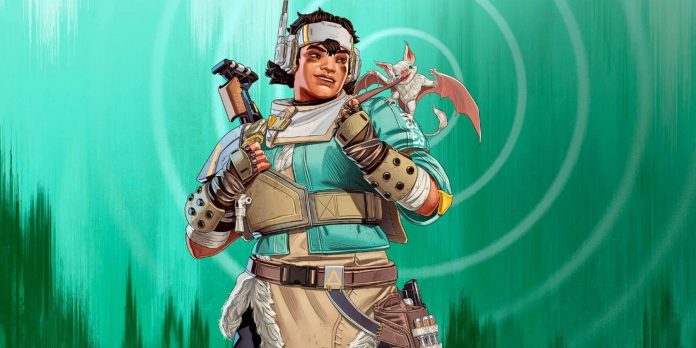 One of the most important elements that has kept Apex Legends at the top of the battle royale genre over the past few years is Respawn’s commitment to providing constant free updates. Every few months, Apex Legends has a large-scale update called the season, which also brings a lot of new content to the game, ranging from a new playable legend to new maps, new game modes and a lot of cosmetics. Well, Apex Legends is about to get its 14th season called “The Hunt,” and fans are very excited.

The 14th season of Apex Legends is coming out in just a week, starting on August 9th. Along with the new combat pass, Season 14 adds a new sniper-focused legend, Vantage, and some pretty significant changes to the iconic Kings Canyon map. But apart from the new content, the 14th season of Apex Legends actually makes quite a big change to the gameplay as a whole. In addition to some major changes in the mechanics of weapons, Apex Legends Season 14 significantly increases the maximum level of the game, which fans have been asking for since the first release of the game in 2019.

When Apex Legends first came out in February 2019, Respawn set the level limit to 100. This meant that by the time players reached the maximum level, they had to unlock about 30 Apex packs, which gave them a good chance to earn top-level loot. Eager Apex fans quickly reached this limit in just the first few months of the game, and Respawn made the smart decision to increase this level limit to 500, allowing players to unlock 200 Apex packs by the time they finish their competitive journey.

However, three years have passed since then, and for those who have been playing Apex Legends since day one, even this increased level limit was reached a long time ago. For many years, long-time Apex fans have been very vocal about the need for an even higher level, and on August 9, these fans will finally fulfill their desire.

With the introduction of the 14th season of Apex Legends, the maximum level is finally increasing again, and this time by a staggering amount. Technically, the maximum level is still set at 500, but now that players have reached this maximum level, they can now start again from the beginning, similar to the Prestige system in Call of Duty. Players will be able to increase the prestige of their account a total of three times, which means that the new limit level is actually 2000.

Of course, with this increase in levels, the number of Apex packs that can be unlocked as you progress also increases. Now, with this new prestigious system, 345 additional Apex packages can be unlocked. This means that by simply going through each level of the game naturally, players should be able to unlock a total of 544 Apex packs. An additional cherry on the cake is that for every 500 unlocked sets, a family heirloom is guaranteed to fall out, so dedicated players are guaranteed to unlock a family heirloom at least once during their career in Apex Legends.

While this max level increase may appeal only to the most die-hard Apex Legends players, it’s nice to see Respawn finally include a feature that some fans have been desperately asking for for years, as it shows that the developer is listening carefully. your fan base. With a new playable legend, map changes, a number of weapon mechanics tweaks, and this new limit level, the 14th season of Apex Legends may prove to be one of the best in the game.