Home Entertainment Explanation of the Kang Dynasty: One of the Greatest “Avengers” Storylines 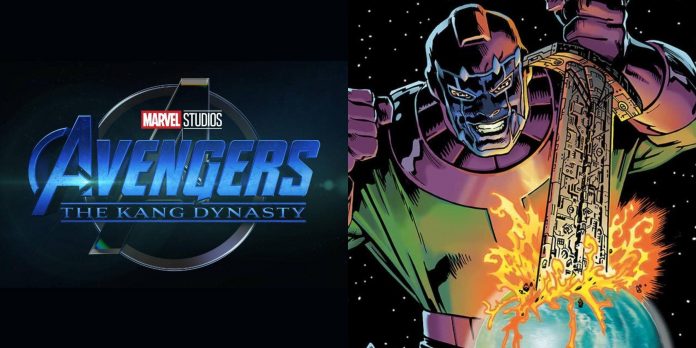 Marvel Studios president Kevin Feige recently shocked countless fans at Comic-Con in San Diego with truly unexpected news – the titles of the next two Avengers films, which are currently scheduled to be released in 2025 as part of the sixth phase of the Marvel cinematic universe. And, as many fans predicted, in the long-awaited return of the Avengers to the big screen, they will fight Kang the Conqueror.

The final film of the sixth phase is called “Avengers: Secret Wars” in honor of the cult comic storyline, which has been the subject of numerous fan speculations since the “Finale”. However, his predecessor, who will be headed by the director of “Shang Chi” Destin Daniel Cretton, is named after the lesser-known story arc “Kang Dynasty”. So, despite the fact that there is still a long time to wait until the release of the film in May 2025, there is no better time than now to immerse yourself in the history of Kang’s comic book and its greatest comic storyline.

The villain known as Kang the Conqueror was first introduced by Stan Lee and Jack Kirby in 1964’s Avengers #8. Traveling back in time from the 31st century, Kang declares himself the ruler of the 20th century Earth and proves to be a worthy opponent for the original Avengers using his futuristic weapons. However, in the same issue, Kang reveals that this is not the first time he has encountered modern superheroes. In fact, Kang’s real first appearance was as Ram-Tut, the villain from the 1963 Fantastic Four #19. During a trip to ancient Egypt, Science Fiction encounters another time traveler who used his technology to take over the earth as a pharaoh.

In this issue, the man who will soon become known as Kang tells the Fantastic Four his backstory. Born in the “age of peace and progress”, he longed for battles and adventures, as in the era of superheroes, but did not find any in the era without conflicts. But having discovered a time machine built by one of his ancestors, presumably none other than Dr. Doom, he decided to become a great conqueror of the distant past of mankind. After his first meeting with the Fantastic Four, Rama-Tut accidentally meets Dr. Doom in 1964 in Fantastic Four Annual #2. Rama-Tut reveals his theory that Doom is his ancestor, but Doom puts forward an even more outlandish theory that Rama-Tut is actually his future self. This confusing plot point immediately disappears as soon as Rama-Tut takes on a more colorful appearance of Kang the Conqueror to fight the Avengers.

It wasn’t until 1984 in John Byrne’s Fantastic Four #273 that Kang’s true origins were revealed. In truth, his time machine was not built by Dr. Doom, but by Nathaniel Richards, the father of Reed Richards, which makes Kang a distant relative of Mr. Fantastic. The 1986 Avengers #269 by Roger Stern and John Busham brings even more revelations. Using the Avengers as pawns in a scheme to eliminate his many multiverse variants, Kang learns that the Avengers’ fellow enemy Immortus—a time—controlling villain who influenced Who Remains in Loki-has been another of his options all along. In 1992’s “What If…?” #39 by Roy Thomas and Gavin Curtis, it even turned out that Kang’s real name is Nathaniel Richards, named after an ancestor who built his time machine.

Kang has faced the Avengers many times over the decades, but their greatest battle is without a doubt the 2001 “Kang Dynasty” storyline written by Kurt Busik, which begins with Avengers vol. 3 #41-55. Kang implements his most daring plan, offering to save the Earth from various dystopias awaiting it, becoming its ruler, leading humanity to galactic supremacy. When the United Nations refuses to bend the knee, Kang declares that he will take control by force and that anyone who conquers territory on his behalf will be rewarded according to his new order. In the first half of the arc, the Avengers don’t even deal with Kang himself, but simply with other villains inspired by his declaration of war.

In the middle of the arc, Kang personally enters the fight. He directs the firepower of his flagship at Washington, D.C., killing millions in an instant. Terrified by this show of force, the UN surrenders to Kang, officially making him ruler of Earth — at least for a short time. Notably, the only other villain in Marvel’s mainstream continuity who has successfully taken over the world is Doctor Doom in the graphic novel The Emperor of Doom. But even then, Doom’s world domination was achieved only thanks to Kilgrave’s ability to control the mind, a victory that even Doom himself considered undeserved. True to his name, Kang the Conqueror remains the only villain to have conquered Earth-616 with military might alone.

Of course, the Avengers will inevitably overthrow Kang’s rule. They shoot down his flagship, and in the end he is defeated in a one-on-one duel with Captain America.

Madison Invites You To Face Horror Using Only One Camera

Where and how to enter Fortnite Zero Point?