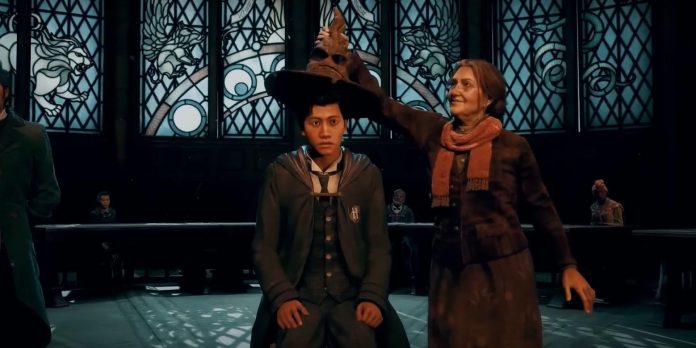 There have been quite a few Harry Potter video games in the past, but Avalanche Software’s Hogwarts Legacy promises to be the most ambitious. Although the game will remain true to the source material, its action takes place several centuries before Harry sets foot in the Hogwarts School of Witchcraft and Wizardry, which gives players the opportunity to explore what the wizarding world was like before the arrival of Lord Voldemort. After creating their game character, players enroll in Hogwarts, where they are assigned to one of the four faculties and reveal secrets, trying to cope with the role of a student wizard.

As the Hogwarts Legacy release date approaches, Avalanche Software is revealing more information about the upcoming game, including showing off the various towers of Hogwarts Castle. However, leaks have also started to appear. One of the leaks appears to describe what gamers can expect from the various special editions of Hogwarts Legacy. If the leak is true, gamers can count on some pretty special packages that Harry Potter fans are sure to like.

Collector’s edition of “The Legacy of Hogwarts” hit the net

The first leaks of possible content of special releases occurred in June, when Reddit user u/opalelement posted a message on r/GamingLeaksandRumors, saying that they found a list of add-ons for game releases when viewing the source code of the homepage of the Hogwarts Legacy website. Although the user could not determine which edition each item belonged to, among the additions were the following: a Thestral mount, a Dark Arts cosmetics set, a Dark Arts fighting arena, a Dark Arts garrison hat, a kelpie robe, a steel case. , a floating ancient magic wand with a book and early access for 72 hours.

While some elements speak for themselves, others are a little more mysterious, which led players to speculate about what the various labels might mean. For example, a floating ancient magic wand can be a physical item similar to the hammer of Thor Mjolnir, which comes with the God of War Ragnarok Jotnar Edition, and the Thestral Mount can be an in-game item. While the leak is exciting, it’s worth remembering that Avalanche Software could easily have used placeholders and that none of the listed items have been officially confirmed.

I managed to activate the display(am I?) leaked DLC options, revealing more about them. from HarryPotterGame

However, more convincing evidence that the leak may be accurate appeared a few days ago when another Reddit user u/BatttleDashBR posted a message on r/HarryPotterGame, showing that they managed to find additional information about various publications, this time with an accompanying image. The image shows that the previously listed items will be part of the Hogwarts Legacy collector’s edition, while the expanded edition will have all the items except a steel case and a floating ancient magic wand with a book.

The legacy of Hogwarts is coming out soon

The most interesting of these items is a floating ancient magic wand, and it remains to be seen what it is. Depending on how useless the items are, it could eventually become a cool physical item that will make the collector’s edition a must-buy for Harry Potter fans, although this could raise the price of the edition. It’s also worth noting that in the Deluxe Edition category, the Dark Arts Garrison hat and 72 hours of Early Access are listed as Digital Deluxe-only items.

The legacy of Hogwarts seems to be filled with a lot of features, and this could help it become the best school of wizardry simulator. However, care should be taken not to try to do too much at once. If the leaks about the game edition are true, it seems the developers are keeping a close eye on what might please fans, as each edition is filled with delicious treats related to Harry Potter.