Home Science Explanation of the First Plant We Need to Grow to Survive on... 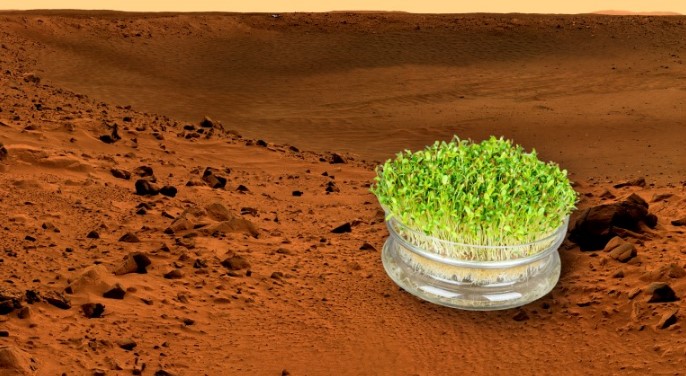 Scientists have found out which first plant people had to grow in order to survive on the red planet Mars. This plant can be grown in the soil of Mars without any problems and then used as a fertilizer.

We know you say, “We went to Mars and he survived,” but as humanity we will set foot on Mars in the near future than you think. Whether we want to build a life there is debatable, but if we want to build it, we need food.

You remember the movie “The Martian”, where Matt Damon’s character grew several plants there using the greenhouse method when he went to Mars. Scientists have found the most productive plant that we can grow to survive on Mars in a similar scenario.

The first plant we should grow on Mars: alfalfa

According to scientists’ research, the plant we need to grow on Mars is clover. Researchers have determined that this forage plant can survive in the hard volcanic soil covering Mars and then be used as fertilizer to grow foods such as turnips, radishes and lettuce.

Previous studies have shown that plants will not grow on the surface of Mars without adding additional nutrients to the soil in which they are placed, and here clover comes to the rescue. It’s difficult to get an exact match for it to grow well in Martian soil, but researchers have found that a clover plant can grow just as well in Earth soil without any additional fertilizers.

The simulated Martian soil was then tested with the addition of alfalfa as fertilizer. Three unpretentious, fast-growing and low-water plants were tested, and all of them successfully grew, such as turnips, radishes and lettuce.

However, there is one problem: fresh water is also required. But that may not be a problem either, as the research team believes that the salt water found on Mars can be purified with marine bacteria and then filtered through volcanic rocks to produce the fresh water needed to grow crops. What do you think? Please don’t forget to share your thoughts with us in the comments.

7 Activities That Can Be Done On NASA During Quarantine Days

Scientists were able to examine the sources of slow earthquakes for...