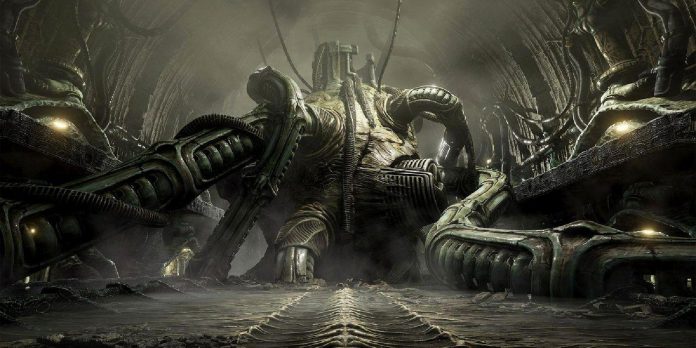 Modding is a great way to extend the lifespan of games, with the concept creating and maintaining active player bases years after the release of said game. Bethesda’s The Elder Scrolls 5: Skyrim has an incredibly engaged and inventive modding community that has breathed new life into the game for years, even without interference from the developers. Dark Souls 3, the critically acclaimed final installment of the Dark Souls trilogy, is another game that counts modders among its dedicated group of fans. First released in 2016, Dark Souls 3 has collected a selection of varied mods over the years, from ones that change the game to a first-person perspective to a mod that randomizes enemy encounters for another layer of challenge.

A recent update that has completely transformed the base game is Fear the Old Blood – a mod that turns Dark Souls 3 into something more akin to its Soulsborne counterpart, Bloodborne. This isn’t the first time one FromSoftware game has influenced another or even the first time that Bloodborne has been used to inspire mods used in Dark Souls titles. FromSoftware titles have a habit of interacting with each other after they’ve launched, and players have made the most of this symbiotic relationship with mods like Fear the Old Blood, which take the best of one game and use it to elevate another.

Ever since the release of the first Dark Souls in 2011, FromSoftware’s legendarily difficult RPGs have been the recipients of a multitude of mods. This isn’t to say that players aren’t happy with the base games – as the Dark Souls series’ popularity will attest – but it’s a way for them to put their own stamp on the titles they love or offer a fresh perspective to the gameplay that can sometimes help and sometimes hinder. Mods can bring out the best in games, and some can be incredibly weird and wonderful as well, infusing even the most serious of games with silliness or humor.

Dark Souls 3 already has some great mods that bring both big and small changes to the base game. The Item Randomizer and Auto-Equip won’t fundamentally change the story or transform the setting, but it will ensure that every item, weapon, and piece of gear is now random. If that wasn’t enough of a challenge, they will also now auto-equip, meaning gamers will have to be incredibly adaptable to get through Dark Souls 3. Other mods, like Cinders, bring more profound changes to the game, like farming bosses after they’re defeated, regenerating FP, and overhauling world progression.

While everyone has their own opinions, some FromSoftware fans prefer Bloodborne’s gameplay to anything in the Souls series. But now, thanks to Bradysheaslays’ Fear the Old Blood mod, gamers won’t have to choose between them. With a creative overhaul of Dark Souls 3, Fear the Old Blood brings Bloodborne’s best elements across to the Souls title, including its moody, atmospheric music and its Victorian-inspired garb. In addition to the soundtrack and gear, Fear the Old Blood completely changes the look and feel of Dark Souls 3, updating the lighting and textures to better fit Bloodborne’s darker aesthetics and providing an entirely new way to experience the fourth entry in the Souls series.

It’s not only Dark Souls 3’s atmosphere and appearance that gets a remodel. Fear the Old Blood even brings in some elements of Bloodborne’s gameplay that players might have preferred to Dark Souls 3’s own mechanics, such as being able to dash or perform ranged attacks with blood vials. Fear the Old Blood may not have brought Bloodborne’s distinctive enemies to Dark Souls 3, like the tragic Father Gascoigne or the haunting Snatchers, but it successfully layers the fantasy-themed game with a darker and more Lovecraftian sensibility that brings something different to the table.

Fear the Old Blood is a fascinating filter to place over Dark Souls 3 to combine some of the best elements of both games, but it’s not the only mod to embrace all things Bloodborne. Hunter’s Combat adds a few transformable trick weapons from Bloodborne complete with animations to Dark Souls 3, bringing in some of the aspects that made the first game’s combat so much fun. If players are missing Bloodborne’s horrifying enemies, they can add them to Dark Souls 3 through the Ashen Blood mod, testing their skills against them again in an entirely new setting.

While fans love to create connections between the games through the mods they make, FromSoftware has already beaten them to the punch several times over. The developer has a penchant for including obvious and some not-so-obvious in-game references and repeated elements in each of its Soulsborne titles. For example, the Moonlight Greatsword, or some version of it, appears with predictable regularity in almost every FromSoftware title, from King’s Field to Elden Ring. Its design and name might change slightly with each appearance, but it’s definitely a connecting factor between multiple releases.

There are also a fair few recurring themes and archetypes that FromSoftware games gravitate toward. Fire usually occupies a significant spot in the narratives, from the way it’s used by characters to what it can represent within the in-game worlds. It’s almost an ongoing joke among gamers that most Miyazaki games have some kind of swamp in them, usually of the poisonous variety, and other types of settings seem to crop up in more than one FromSoftware game too. The narratives of a lot of the developer’s games explore cycles of destruction and rebirth, as well as the corruption of authority and the pointless redistribution of power only for it to be seized again by someone else.

These more philosophical elements to the games’ stories are often buried within the environments and item descriptions, with cutscenes and other more obvious narrative moments occurring much less frequently than players might expect for such expansive games. The recurring aspects of FromSoftware titles help to tie them together and make them feel part of a cohesive collection, even if their settings and storylines couldn’t be more different. This is why mods like Fear the Old Blood that bring FromSoftware games together work so well.