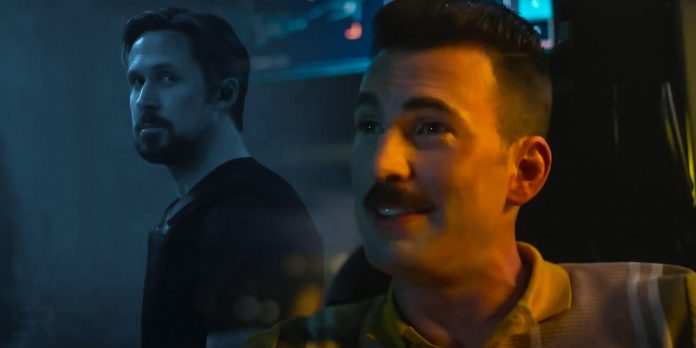 Warning: This post contains major spoilers for The Gray Man.

The Gray Man ending explained. After announcing The Gray Man would be adapted into a film back in 2011, development halted for a while until it was picked up by directors Anthony and Joe Russo and Netflix, turning it into the most expensive film the streaming service has made to date. Based on the novel of the same name by Mark Greaney, The Gray Man stars Ryan Gosling, Chris Evans, and Ana de Armas, among several others.

The ending of The Gray Man sees the CIA’s top brass exonerate Denny Carmichael, Suzanne Brewer, and Dani Miranda after Suzanne comes up with the idea to place all of the blame on the now-deceased Lloyd Hansen. After all, he was already a wild card and it would be easy for the others at the CIA to believe that Lloyd took things way too far in his hunt for Sierra Six. However, Suzanne’s plan tips the scales in her favor. Jessica Henwick’s character was overlooked a lot throughout the film, but she is now at the same level of power as Carmichael, having killed Lloyd and destroyed the flash drive with incriminating information. Meanwhile, Sierra Six escapes from the hospital after being healed to go rescue Claire, who was being kept in a well-guarded facility as leverage.

Related: Every Movie Coming To Theaters In July 2022

They drive off and everything is seemingly cleared up — for now. The Gray Man has a rather explosive ending and there are plenty of unresolved plot threads that seem to be setting up a sequel. The Russos certainly wanted the action thriller to be a franchise starter and there is a lot more that can be explored. Here is The Gray Man’s ending explained, including who really is behind the rise of Carmichael and Suzanne in the CIA.

At first glance, Chris Evans’ Lloyd Hansen is simply an unhinged assassin and torturer who does things his own way because he doesn’t have anyone to answer to. Lloyd and Suzanne butt heads a lot throughout the film, but one revelation alters their dynamic when looking back on it. As it turns out, Lloyd went to Harvard with Suzanne and Carmichael and the film suggests they were friends (if one could call them that). They even joined the CIA together, though it seems the agency wasn’t Lloyd’s cup of tea and he left after five and a half months. In context, it makes sense Carmichael would call his friend to handle all the things he wasn’t allowed to in an official capacity. When factoring in the mysterious figure behind Carmichael and Suzanne’s promotions in the CIA, Lloyd’s heavy involvement with the agency becomes all the more clear. Lloyd’s penchant for violence was being funded by his friend, which is why he cared even less about being so public when hunting Sierra Six.

Who Is Behind Carmichael & Suzanne’s Rise In The CIA’s Ranks?

While Carmichael and Suzanne are presented as being senior officers in the CIA, there are a lot of references to someone helping them discreetly. Suzanne is less in the know, but Carmichael seemingly knows he’s working for someone whose goal is ultimately to shift all assassinations, bombings, and more off payroll so as to avoid any consequences. Collateral damage is also something the new guard at the CIA cares nothing about. What Carmichael and this mysterious figure are doing is so heinous that they had to push Fitzroy and Cahill out of the CIA, while killing off the Sierra operatives. The Gray Man likely keeps the person’s identity under wraps for sequel purposes, but it’s possible they recruited Carmichael, Suzanne, and Lloyd out of Harvard because of their skills and to ensure they didn’t ask any questions. The mystery person (or people, because who knows how many there are?) could have been grooming the trio from the start, knowing they wouldn’t be able to sway any of the CIA employees who have been there for a long time.

In the books, Carmichael’s secret alliance is with Kaz, the head of Saudi intelligence in Washington, D.C.. Kaz was pulling the strings, directing Carmichael to do things that would benefit him. Kaz’s involvement in a CIA-sanctioned mission saw Sierra Six kill someone he was not meant to, forcing Carmichael to direct assassins to shoot Sierra Six on sight. It’s possible things will play out differently in a potential The Gray Man sequel, especially since Carmichael isn’t the only one whose strings are being pulled. It’s more likely the culprit is someone who is already working with the agency internally and is with the top brass. This is more or less obvious considering Carmichael and Suzanne’s actions come off as being inexperienced and desperate rather than seasoned and calm.

Related: The Best Action Movies Of 2021

Sierra Six’s tattoo reflects the tale of Sisyphus. In the Greek myth, Sisyphus’ trickery saw him evading death despite, at one point, ending up at the river Styx. This angered the gods, who punished Sisyphus by enchanting a rock and forcing him to push it up a hill, only for it to roll back down again before it reached the top. This was Sisyphus’ punishment for eternity. This is significant to The Gray Man in many ways. Sierra Six was going to be stuck in prison for a long time, repeating the same daily activities like Sisyphus. What’s more, Sierra Six is clever and has managed to avoid being killed throughout the film despite so many assassins coming after him.

To that end, his punishment seems to be an endless cycle of being on the run while trying to survive another day. Like Sisyphus, Sierra Six might have felt stuck at the CIA, and The Gray Man’s plot sees him in a repetitive state. Claire asks him if Sisyphus ever reached the top of the hill and the conversation holds a lot of weight. While Sierra Six continues to climb up his own hill, when does it end? Is Sierra Six destined to be on the run forever, stuck within the CIA or as the agency’s target? The scene is a small moment in the grand scheme of things, but it offers thought-provoking depth to the Gray Man.

Why Fitzroy & Cahill Sacrificed Themselves

While Fitzroy and Cahill wanted to save Sierra Six and Claire, the pair also understood that Sierra Six could do things they couldn’t. This was especially true because they were pushed out of the CIA and, while they still had connections, they were no longer in touch with what was really going on. Sierra Six, as a man who worked in the gray, could discover and leak information, as well as go after and kill Carmichael, Suzanne, and anyone else in the CIA and get away with it. The Gray Man had no record, no family outside of Claire, and was more than capable of handling himself. They were also put in sticky situations and still bitter from being dropped from their jobs. Ultimately, Fitzroy and Cahill sacrificed their lives in confidence knowing Sierra Six would be triumphant in his mission.

How The Gray Man Sets Up A Sequel

The Gray Man’s ending left things open-ended. With the drive destroyed, Sierra Six and Dani don’t have the evidence to incriminate Carmichael. Lloyd is dead and Suzanne Brewer is rising in power alongside Carmichael, both of whom are free to continue working together after being exonerated. Crucially, The Gray Man hasn’t revealed who the more powerful shadowy figure working offscreen. This is the best reason for a sequel set-up. Considering Sierra Six is also on the run again, the film doesn’t tie up any of its loose ends. This is likely done on purpose in a bid to promote a sequel in the future, and there is plenty of source material to draw from considering there are several books in The Gray Man series.

The Real Meaning Of The Gray Man’s Ending

The Gray Man’s themes of trust reveal that corruption exists everywhere, and especially in espionage agencies where rules and protocols — no matter how they’re initially sold as a means to protect — can be sidestepped for any reason. The film is constantly throwing someone under the bus. Even when Sierra Six finds a couple of people he can trust, he’s still ultimately wary of them. Ultimately, trust has to be earned, and the world of high-stakes espionage and black ops missions has deadly consequences. Sierra Six finds that out the hard way when an agency he’s given his life for turns its back on him to protect its high-ranking officers no matter what. The Gray Man’s ending suggests that the characters (and the audience) must remain curious and questioning, or else risk being taken by surprise or let down by the very institutions they hold in esteem.

NCIS: Hawaii: Revealed the truth behind the breakup of these important...