Home Entertainment Explanation of the ending of the 11th season of “Shameless”: what’s going... 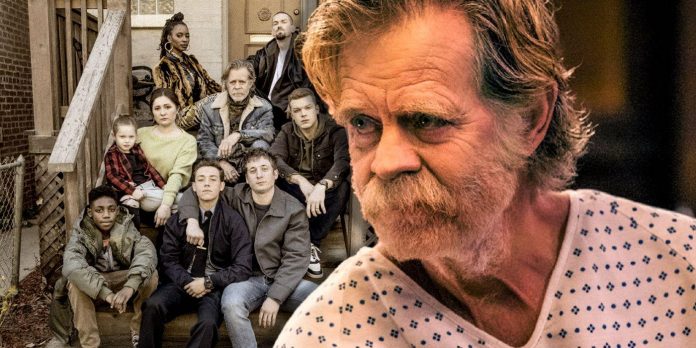 A decade of chaos on the south side comes to an end in the season 11 finale of the series “Shameless”, which says goodbye to Frank Gallagher and his noisy offspring. The Showtime series, created by John Wells, debuted in 2011 after the Gallagher clan grew (more or less) into responsible adults with jobs, families and an extensive criminal past of their own. By the end, the series faced a difficult task to link various storylines for an extensive cast.

However, the finale of the 11th episode of Shameless avoids the final conclusion of the Gallagher fates, with the exception of Frank, instead offering open suggestions about what might be next in their future. For example, Lip may or may not have a second child, Ian and Mickey are considering adopting a child, Debbie is planning to leave Chicago, and Carl can buy an “Alibi” from Kevin and Veronica. The episode begins with the family finding Frank on the verge of death on the couch after his suicide attempt due to a heroin overdose, but apart from Liam, no one seems to really care if he’s alive or dead.

Although many Shameless fans had hoped that Fiona would return in the series finale, she only appears in flashbacks when Frank looks back on his life. Despite her absence, the ending of “Shameless” neatly completes the series, paying homage to the very first episode. That’s how “Shameless” ends for each of the Gallaghers and what it could mean for their future.

Of all the many, many ways that one would expect Frank Gallagher to die, few could have predicted at the beginning of the series that he would become a victim of a pandemic. In season 11 of Shameless, Frank is diagnosed with alcoholic dementia, and his mental abilities quickly begin to deteriorate, which leads to forgetfulness and confusion. Resigned to death and wanting to leave on his own terms, the ridiculous Frank Gallagher injects himself with a huge heroin overdose in the penultimate episode of the series, leaving a letter for his family that goes unnoticed by everyone except Franny, who just draws. all this with her crayons. The patriarch of the Gallagher clan even went so far as to make a tattoo in bold “DO NOT RECREATE” on his chest, which led to confusion among the hospital staff about whether the instructions were legally binding.

Despite the fact that Frank survived this overdose, it is shown that he is clearly living in debt, and his COVID-19 infection simply tips the scales. In a sense, becoming a victim of the coronavirus is appropriate for a person who considered himself as much a part of the high loyalty of the city of Chicago as its streets and buildings. The pandemic will be remembered as a turning point in Chicago’s history, and now Frank Gallagher has become a part of that story, albeit in a rather grim way.

Before getting to the hospital, Frank goes to the church where he was once an acolyte and looked at the statue of Jesus. This moment echoes a similar scene from the season 6 premiere of Shameless, in which Frank goes to the same church to find answers after the death of Monica, the mother of his children and the love of his life. Although Fiona may not have returned for the finale, Frank’s last, stumbling journey through Chicago was nevertheless a tribute to her memory. The first place Frank visits is Patsy’s Pies, the diner where Fiona from Emmy Rossum used to work, and since his memory is failing, his first impulse is to find Fiona. In his last hours, he believes that the nurse at his bedside is Fiona, and the last words he says before losing consciousness are addressed to his eldest daughter: “You cried a lot as a child. You’re angry all the time.. .But it’s so beautiful.”

What’s going on with Lip, Tami and Freddy

Lip’s story was compelling, heartbreaking, and completely disappointing. As Frank said in his last farewell speech: “Lip, you’re smart as a whip. You just can’t get out of your way.” From the very beginning of the show, Lip Gallagher’s story presents him as a Gallagher child who has every chance to break out of poverty and find a better life. He is presented as an exceptionally intelligent person with abilities in mathematics, engineering and natural sciences, was accepted to the Massachusetts Institute of Technology and eventually entered the Chicago Polytechnic Institute, receiving a full scholarship. As the second oldest Gallagher child, Lip is not as burdened with raising his siblings as Fiona, and therefore has a better chance of fulfilling his dreams.

However, “Shameless” was never intended as a guide to escape from poverty. To show Lip living out the meritocratic American dream of being plucked from the South Side by the power of his intellect might be a betrayal of a show that’s more about fighting and hustling to survive the traps of poverty than escaping from it.