Home Entertainment Explanation of the ending of “Den of Thieves”: what happened to the... 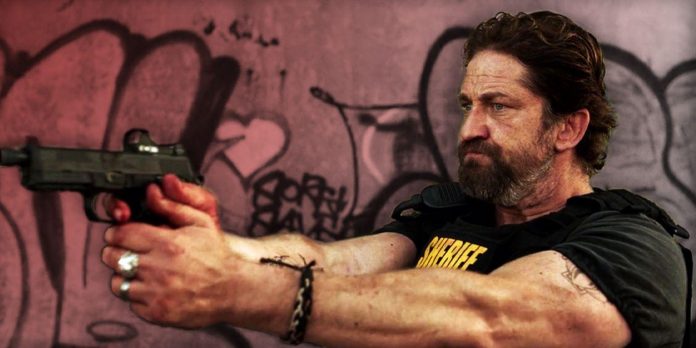 ATTENTION: spoilers for Den of Thieves.

Initially, it seems that Den of Thieves subverts the idea that good guys are against bad guys. First, Detective Nicholas “Big Nick” O’Brien (Gerard Butler) arrives at the crime scene in Los Angeles and offers a large dose of toxic masculinity. Of course, his acquaintances don’t really like him, but his inner circle of “regulators” is fiercely loyal, as evidenced by an episode of a party at which they kidnap and interrogate a local bartender named Donnie Wilson (O’Shea Jackson Jr.). Big Nick declaratively declares that he and his team are the real bad guys, and forces Donny to reveal information about his criminal accomplice Ray Merriman (Pablo Schreiber). The main conflict in Den of Thieves is related to the fact that Big Nick is trying to figure out the scale of Merriman’s next robbery. As it turned out, the team’s next target is the Federal Reserve branch in Los Angeles. In particular, Merriman plans to steal $30 million of “unusable” money (currency without serial numbers) before they are destroyed.

Merrimen’s Den of Thieves team consists of Donnie, Levi (50 Cent), Bosco (Evan Jones) and Mac (Cooper Andrews). It is important to note that Merriman does not explain why he knows so much about the inner workings of the Federal Reserve System, but everyone trusts him because of their connection in the army and sports in high school (which Big Nick played by Gerard Butler discovers during his investigation). Meanwhile, Merriman uses his girlfriend and Donnie to give Big Nick information about the planned goal in Montebello, but this is only part of the big plan. This plan and the ending of the “Den of Thieves” are explained in detail.

What happens in the Den Of Thieves finale

In Pico Rivera’s savings and loan, Big Nick expects to arrest Merriman’s team, but quickly realizes that something is wrong with this particular robbery. First, the crew threatens to kill civilians, which is not part of their normal course of action. However, Big Nick is waiting for Merriman to apparently blow up the bank vault, waiting for his demands to be met. Then Big Nick realizes that the team has escaped and that he has been deceived.

Then Merriman’s team commits a robbery of the Federal Reserve System, for which they have been preparing all this time (more on this below). But after Donny escapes from O’Shea Jackson Jr., he is detained by Big Nick and surrenders the collection point. Meanwhile, Merriman stops communicating with Mac after learning about Donnie’s detention, and tries to escape with Bosco and Levi. The Den of Thieves culminates in a mass shootout during a traffic jam, culminating in the deaths of Merriman, Bosco and Levi.

The thieves’ den ends with Big Nick discovering that all the stolen Federal Reserve money has been destroyed. He also realizes that Donnie somehow managed to escape. Big Nick then visits Ziggy’s Halfbrow, the “neutral place” where he first encountered Donny earlier in the film. Looking around and thinking about past conversations, Big Nick realizes that Donny really was the true inspiration. A brief montage shows that Donny collected information about napkins for a long period of time, and then turned to his former Marine friend, Merriman Pablo Schreiber, with a robbery plan. The last seconds of the finale of “Den of Thieves” explained that Donnie now works in London and, apparently, is plotting to rob the nearest diamond exchange.

At first glance, the robbery of the Merriman Federal Reserve System is going according to plan. He distracts attention at Pico Rivera Savings & Loan and successfully escapes through the sewer system. Merriman and Levy then gain access to the “nerve center” of the Federal Reserve System by disguising themselves and staging the transfer of money using a stolen armored car from previously shown in the film and money from a robbery at a rave. From there, Merriman and Levi throw out a money tub with Donny, who gains access to the counting room after Bosco turns off the electricity. Donny then finds the unusable money before it is shredded, and makes sure to throw the bag into the garbage truck that will leave the building.

Using information from Mac (played by actor Jerry from season 7 of “The Walking Dead” Cooper Andrews), Donnie begins a masterstroke of his plan. After he successfully escapes, he finds a box of food that he hid earlier while delivering fast food. Now pretending to be a delivery guy, Donny manages to get past security on his way out before being held up by Big Nick.

Wolverine’s original design has been redesigned for another iconic character