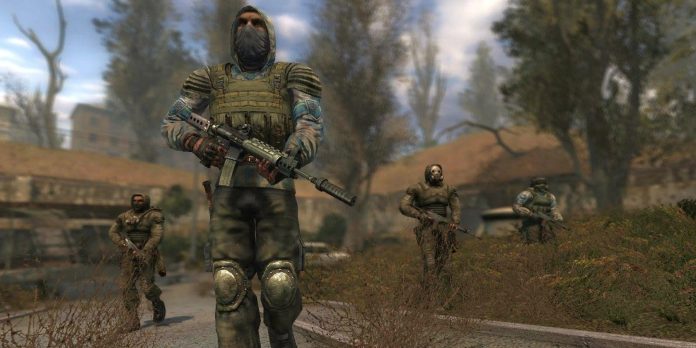 Debuting in 2007, in the STALKER series, players travel to the Chernobyl Exclusion Zone, which has become a land filled with various chemical hazards, mutants, otherworldly anomalies and precious artifacts. Although the Zone is extremely dangerous, there are several factions in the vicinity that make regular expeditions to the Zone, and some even settle there permanently, defying the conditions to see a glimpse of glory. But where it is necessary to gain power, there is an inevitable struggle for power, and the “Clear Sky” and “Renegade” factions in STALKER 2 are just two examples of groups seeking to seize control.

While one faction wants to explore the Zone by any means necessary, the other has no common goal, they only seek to raid the Zone in search of anything and everything that is valuable. Although these two groups may seem opposite to each other, they are more similar than they seem at first glance, both are willing to kill and torture to get what they want.

Explanation of the “Clear Sky” faction in Stalker 2

In 1986, a terrible accident occurred at the Chernobyl nuclear power plant, which officially killed 31 people and probably hundreds of people died as a result of radiation poisoning. In STALKER in 2006, another catastrophe occurs in Chernobyl, this time mutating all living things within a radius of 60 km. The government decided to create an Exclusion Zone around the crash site to protect people from internal horrors. But this only encouraged those who were brave enough to seek their fortune, believing that otherworldly treasures could be found inside.

The STALKER Clear Sky faction is not interested in shiny trinkets, instead this group seeks to explore the Zone in its entirety and find a way to fix a crack in the noosphere, an invisible field surrounding the Earth that affects human thinking, which was the subject of the study. The disaster of 2006. Clear Sky, created by some of the members originally responsible for the 2006 disaster, was one of the first factions created in the Zone. Although the goal of Clear Sky is simple and peaceful, they are not afraid to use mercenaries to do their dirty work and are far from pacifists who are ready to resort to violence very quickly to protect the Zone.

The Clear Sky base, located in the Great Swamps, at the beginning of STALKER: Clear Sky suffers serious losses when the second emission kills the vast majority of the faction. This event also destroys a significant part of the data discovered by the fraction about the Zone. The renegade faction sees this as their chance to capture the swamps, but with the help of mercenaries, Clear Sky manages to push them back. Trying to save the Zone, Clear Sky launches an expedition to Chernobyl itself, where he finds a creature known as the Common Consciousness, a secret project that created the Zone.

Seeing Clear Sky as a threat, C-Consciousness kills or brainwashes every member of Clear Sky, leaving the faction almost extinct, with only a few members scattered around the Zone. It is unlikely that Clear Sky will have a noticeable presence in STALKER 2, as the other factions will dispose of almost all of their equipment and take over their lands after its members have been destroyed.

Explanation of the Renegade Faction in Stalker 2

A faction with no common goal or aspiration, STALKER Renegades are hardly considered a faction held together by the weakest threads. Without a real leader, the Renegades are just a group of bandits who have separated from other factions. Due to the lack of general leadership, Renegades often form their own subgroups and gangs and go on their own raids.

However, when the road to the Great Swamps opened after the Second Emission, the Renegades united in an attempt to seize control of the earth far from the Clear Sky. Despite the best weapons and armor, the Renegades were eventually driven out of the Great Swamp, and the mercenary Scar played an important role in defeating their forces.

The Renegade faction exists only in STALKER: Clear Sky and was not present either in the Shadows of Chernobyl or in the Call of Pripyat, which may indicate that the Renegades also died out along with Clear Sky. Although instead of being destroyed by psychic force, the Renegades most likely just disintegrated, joining various other factions of Bandits.

Game Dev Tycoon: how to move to a new office