Home Entertainment Explanation of the Civilization vs. Frontier theme in Red Dead Redemption 2 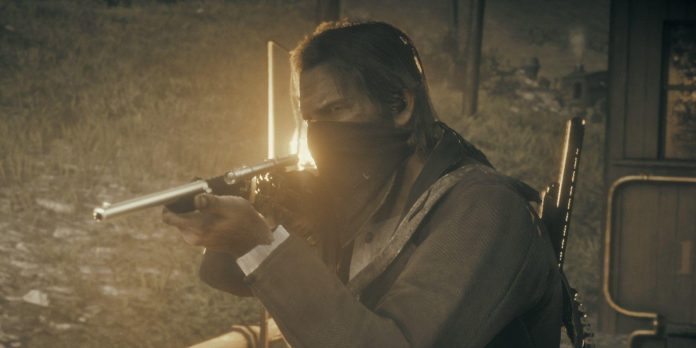 Red Dead Redemption 2 caught the attention of the gaming world for many reasons. Its intense realism makes it an amazingly immersive experience, allowing gamers to live the life of a cowboy in the Wild West. This realism is enhanced by the shocking amount of detail present which goes right down to Arthur Morgan’s eyes dilating in different light levels. The game also has a strong historical basis, and many of its elements can be traced back to factual elements of American history.

At the center of Red Dead Redemption 2 is a struggle between the American frontier and a civilization that wishes to continue expanding. Arthur and his gang would like the Wild West to remain wild, but with times changing, it appears that they will have to hang up their hats and accept that the country is headed in a different direction. In the middle of this struggle, there are also the Native Americans who are desperate to keep their territory and culture.

Though the era of the Wild West came to an end and civilization engulfed the American landscape, the culture of the American Frontier was immortalized, birthing the Western genre which typically features cowboys who live by their own rules and settle disagreements with revolvers. Other common acts of mischief popular at the time which is frequently featured in Western media include dueling and robbery using firearms. Many elements may be exaggerated, though such media attempts to capture both the freedom and lawlessness of the time, as well as the pristine state of nature before industrialization.

In Red Dead Redemption 2, gamers get to experience the American frontier in its final years, and they play as outlaws in the era of cowboys. Most of the map is untouched by civilization, giving gamers an exhilarating amount of freedom. Players can observe, track, and hunt animals, document different plant species, or tame a powerful stallion. In the wilderness, players can also set up camp and sleep under the stars. The game also illustrates some of the issues that come with unbridled freedom, however. With minimal law enforcement around, crime is relatively easy to commit a crime, and coming across NPCs on the trails provides a tempting opportunity to rob or revel in violence. With no police to call on, sometimes men will settle disputes with brawls or bullets, and the results are bloody.

It can be fun, yet dangerous, to live in the Wild West. However, Arthur and the Van der Linde gang have their way of life threatened by the encroachment of civilization. For most, civilization is supposed to bring untold advancements, but folks like Dutch Van der Linde loathe it, as they believe it restricts their freedoms. Though he tends to smooth over this detail, it also makes crime harder for his posse.

During American expansion, civilization stretched itself across the continent in many forms. The massive expansion of the railroad system in the late 19th century made the transportation of goods and materials more convenient, aiding with the settlement of the West. With civilization also came the proliferation of greater technology, including electricity, and the establishment of more advanced settlements that replaced humble cattle towns. To monitor these settlements, systems of law and order were set up, with government-paid lawmen to upkeep the peace. Along with lawmen, the government would occasionally hire private detective agencies for protection and to hunt down dangerous bandits, with the Pinkerton Detective Agency being one of these organizations.

Red Dead Redemption 2 illustrates the encroachment of civilization that spelled the end of the American frontier. As the game progresses, gamers can witness the expansion of the railway system that cuts through the landscape. Although players begin the game in The Heartlands, a pastoral area with barely any signs of human activity, as they travel, they witness more industrialization until they arrive at areas such as Blackwater and Saint-Denis which have cobblestone roads, trams, and multistory buildings. The Pinkertons also make an appearance in Red Dead Redemption 2, reminding players that law enforcement is getting stronger, and soon outlaws will no longer be able to continue with their way of life.

Ultimately, when civilization and the American frontier meet, the overarching theme is change, and that is what Red Dead Redemption 2 tries to communicate. Arthur and his gang are facing a changing society, and much of their struggle stems from their inability to cope with it. The change is apparent in their environment which is slowly becoming less natural and more industrial, and while the freedom of the American frontier is breathtaking, resisting the encroachment of civilization seems to be a fool’s errand. Nevertheless, stubborn minds like Dutch believe it is possible.

The Fate of Native Americans

By the end of Red Dead Redemption 2, civilization has effectively won and the Van der Linde gang dissolves, and though this is depressing, one cannot help but see the benefits of the Wild West being tamed by law and order. However, gamers are also left seeing the evils that came with it, including the corruption of lawmen and the oppression of Native Americans. Despite its fantastical elements, Red Dead Redemption 2 remains faithful to its historical inspirations, illustrating the ways the era of the Wild West came to an end.

Red Dead Redemption 2 is available now on PC, PS4, and Xbox One.