Home Entertainment Explanation of the biggest book differences of the TV show “List of... 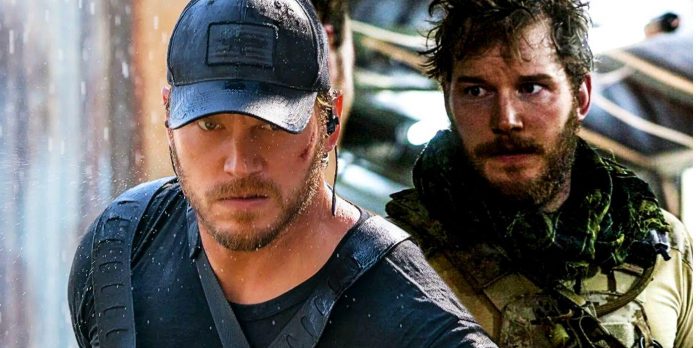 Warning: This article contains spoilers for The Terminal List season 1.

Prime Video’s adaptation of Jack Carr’s novel The Terminal List has a number of differences from the book to the series. Starring Chris Pratt as Commander James Reece, The Terminal List follows his quest for vengeance after his SEAL team and family are killed in a cover-up conspiracy. Based on Carr’s novel of the same name, the adaptation is the first in a series of books featuring Reece as the lead in a gripping action drama. Additional stars include Taylor Kitsch as Ben Edwards, Constance Wu as Katie Buranek, Jai Courtney as Steve Horn, Jeanne Tripplehorn as Secretary Lorraine Hartley, and Matthew Rauch as Captain Howard.

The Terminal List season 1 adapts the sprawling tale of revenge by Reece and his comrades in Carr’s book, but given the 8-episode format, there was a lot to unpack and not all of it translated as it was portrayed on the page. While the majority of the book is in place, there are some big shifts in terms of characters featured in the show that aren’t in the book and vice versa. There are also some sequences created specifically for the show that aren’t in the book and scenes from the book that are either omitted or altered to fit the story in some other way, serving as an ode to the original book scenes, as well as a way to keep audiences surprised and guessing, especially those that have already read the book.

While it’s difficult to adapt every single scene from The Terminal List novel, the Prime Video TV show manages to bring multiple notable sequences to life, while also injecting new settings and characters that add some additional mystery and suspense, as well as significant character development. The show makes ample use of the actors’ performances, bringing some of the more two-dimensional characters from the book to life in a way that the page didn’t allow. Here are the biggest book-to-series differences in The Terminal List.

The Names On The Terminal List In The Book Vs. The Show

In The Terminal List book, the names on the list go in this order: Josh Holder, Marcus Boykin, Saul Agnon, Steve Horn, CJNG Mexico, Admiral Gerald Pilsner, Mike Tedesco, J.D. Hartley, Lorraine Hartley, Leonard Howard, Hammadi Izmail Masood, Ben Edwards. For The Terminal List TV show, the list is: Josh Holder, Saul Agnon, Steve Horn, Marcus Boykin, Navajas, Pillar, Cox, Howard, Lorraine Hartley, Ben Edwards. The first big difference is that of the Mexican Cartel, which is listed as an organization rather than a person in the book. Mike Tedesco is not on the list in the series, as he’s portrayed as a more sympathetic character there, and Masood is omitted entirely in the show. Lastly, Bill Cox is not on the list in the book, as he is a character created specifically for the series, same as JD Pardo’s F.B.I. Agent Tony Layun and Christina Vidal’s Mac Wilson.

An ISIS Leader’s Death And His Connection To James Reece

Hammadi Izmail Masood is a character in the book that is an ISIS intermediary acting as a Muslim cleric in the U.S. and is the one who helped set up the ambush of Reece’s SEAL team at the behest of Admiral Pilsner and Captain Howard, who liaised with him. In The Terminal List book, Reece tricks Masood by posing as a student doing an interview at Masood’s mosque, where he eventually reveals who he really is and violently kills the ISIS conspirator, cutting off his head and leaving it on a pike in front of the mosque with an ISIS flag draped over it. Ultimately, The Terminal List series merges Masood and Ben Edwards in terms of who set up the ambush on Reece’s SEAL team, using Edwards’ CIA position as the means to make it happen.

The Hospital Ambush And Death Of Reece’s Wife And Daughter

In The Terminal List show, James Reece goes in to have a brain scan shortly after returning from the mission that killed his entire team. During the scan, assassins arrive to his location and kill the doctor, then move to take out Reece, who reacts quickly, killing one man and injuring another who escapes. Reece then drives home to find his wife and daughter both dead in the kitchen, where he mourns over their bodies as police arrive on the scene. In the book, the hospital assassination attempt does not take place. Instead, Reece heads home to find police already there. He tries to enter his home but is stopped and subdued by police, never seeing his wife and daughter’s bodies on the scene. In a change from the Prime Video show, the book later revealed that James Reece’s wife, Lauren Reece, grabbed a pistol and shot at the assassins, injuring one of them, but still being shot down as she attempted to shield her daughter, Lucy, who was alive when she was found, but died en route to the hospital.

The Assault In Mexico And The Tomahawk Torture Scene

In both the book and The Terminal List show, Reece goes to Mexico to hunt down the men who killed his family. There are some big differences here, including Reece traveling with Ben Edwards in the show (he goes solo in the book) and executing his assault on the compound during the day (at night in the book). Rather than hunting for a particular man in the book, Reece is simply trying to kill everyone there- setting up a very different dynamic to the Prime Video TV show. At one point, he struggles with a man who is wearing a crude bullet wound bandage, which he attributed to his wife’s attempt to stave off her attackers before she was killed. Reece kills the man in The Terminal List book with a dagger, slashing his throat, before taking out the rest of the men in the compound. In the show, Reece and Edwards (along with help from Marco’s men) sweep the compound similarly, but Reece is looking for a particular man named El Navajas (Albert Valladares), whom he captures and tortures, eviscerating the man with his tomahawk before he dies. The Tomahawk torture scene happens in the book, but it’s with Captain Howard, not Navajas, and takes place in a different location (Florida Keys) and with a different weapon altogether.

The Terminal List’s First Blood Chase Through The Mountains

While there is a scene in the book that has a SEAL team authorized to track down and take out Reece, the sequence is much shorter and uneventful than it is in the Prime Video TV show, as it simply has Reece not detonating an explosive when he has them in his sights, sparing them and making his escape. In The Terminal List series, however, an entire episode is dedicated to the SEAL team, FBI, and Federal Marshals giving chase to Reece, who is on the run after killing Steve Horn. The episode feels like an ode to Rambo: First Blood, chasing down a crazed war vet through the woods as he bests them at every turn, eventually leading to a showdown that has Reece detonate explosives around the team to make his final escape, while saving Mac Wilson in the process before he disappears. None of those events appear in the novel.

In The Terminal List show, James Reece discovers that Admiral Pillar (called Pilsner in the book) was behind the RD4895 drug conspiracy that killed his men and his family, as well as his right hand men, JAG officer Howard and Bill Cox (LaMonica Garrett) and makes a plan to kill them. Howard is captured and coerced to wear a suicide vest to take out himself and Admiral Pillar (which he does), while Cox is drowned in the ocean. In the book, Cox’s character does not exist and was created specifically for the show, and it’s Mike Tedesco, a Capstone finance man, that puts on the suicide vest and takes out himself and Admiral Pillar. The scene in the show is ultimately a combination of Tedesco and Howard’s characters, as Howard acts to spare his family’s life in the show, while Tedesco does so in the book. In the Amazon Prime TV show, Tedesco is shot and killed by Capstone security when it’s revealed he’s about to turn over evidence to Katie Buranek. By contrast, Howard is killed in the book in a similar way that El Navajas is killed in the show’s Tomahawk torture scene in Mexico.

Lorraine Hartley And The Final Showdown

J.D. Hartley is a congressman married to Lorraine Hartley in The Terminal List, but he’s nowhere to be found in the TV show. It ultimately served to cut down on screentime by merging both J.D. and Lorraine into one character, as J.D. didn’t serve as great a purpose in the book as Lorraine did. In the book, J.D. Hartley is killed by an EFP bomb that Reece personally delivers in a van, killing him. In the series, the EFP is made and delivered to kill Steve Horn at his headquarters, which turns into a shootout in the streets that has Reece shoot Horn on the steps of his building before going on the run. This is a major shift from the book, as – unlike The Terminal List show ending – the book finale has Reece infiltrating Lorraine Hartley’s compound at the end, confronting Hartley, Horn, and Edwards all at once in her office, killing all three and rescuing a captured Katie Buranek, who is tied with explosive det cord.

In The Terminal List series, the infiltration of Hartley’s compound is much more elaborate and action heavy with Reece taking on multiple top-level security guards before making his way to Hartley’s office where she commits suicide before he can kill her. Buranek is less of a hostage and more of a political prisoner in the scene, as Hartley brought her in to justify her actions, hoping to influence the reporter’s story. With Horn already dead and Hartley killing herself, the last name on Reece’s list is Ben Edwards, who is taken out in a completely different and far more emotional way than in the book. Reece confronts Edwards on his boat, getting him to confess his involvement in the plot before presumably shooting him off camera and sailing off in his boat to Mozambique to set up a potential The Terminal List season 2.

The Relationship Between Park Hyun-shik and Jeon So-nee Takes an Unusual...

The Disney Dreamlight Valley plot is Good for fans of the...