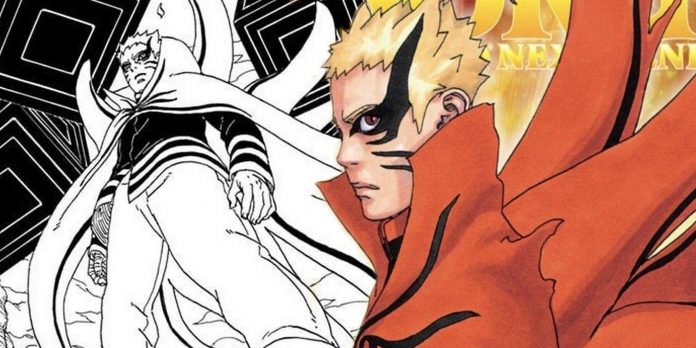 Here is all that is known at the moment about Naruto’s Baryon mode, the unique transformation that Kurama granted him in the battle with Isshiki Otsutsuki. During his ninja career, Naruto Uzumaki discovered many different forms and transformations associated with Kurama, and the various stages through which their relationship went. The baryon mode is the last form that Naruto received in accordance with this, and it includes a lot.

During the battle with Isshiki Otsutsuki, Isshiki proved to be more than a match for everything Naruto and Sasuke could throw at him, and now Isshiki is even stronger than he was before he fully awakened inside Jigen. Thanks to this, it seemed almost certain that Ishiki would be able to possess Kawaki Boruto: Naruto: The Next Generation before his death, after which he would become virtually unstoppable. Since they have no other options, and Naruto is already expecting death, Kurama offers a final plan to defeat Ishiki.

Related: How Old is Naruto in Naruto: Shippuden and Boruto

This plan ended with Naruto’s new form, the Baryon Mode. The Baryon mode involves Naruto and Kurama’s chakra combining to create new power cores, a process that Kurama compares to nuclear fusion. In addition, the Baryon regime naturally carries a lot of power, but at the same time it also has many disadvantages, which will be described in detail here.

The Baryon mode combines the power of Naruto and Kurama to create something far beyond the sum of its parts, and the brute strength boost that was given to Naruto allowed him to far surpass Isshiki Otsutsuki, a man who should be about the same level as Naruto’s Kaguya Otsutsuki. The biggest drawback of the Baryon mode is that it quickly drains Naruto’s strength and Kurama’s life force, but even this can be used to Naruto’s advantage. Based on the fact that the entire chakra is connected, Naruto can apply the same life-draining effects of Baryon mode to everyone he touches; it doesn’t eliminate the risk he poses to himself, but in most cases it would help him finish the fight long before the negative effects of Baryon Mode actually work.

Given the context of using Baryon Mode, it’s safe to say that this is the strongest form Naruto has used, even stronger than his Six-Way Mode. In the Baryon mode, Naruto was able to defeat Ishiki Otsutsuki and almost kill him, whereas even in the Six Ways mode, Naruto still needed the help of other people to fight Kaguya, and even then he and Sasuke were only able to seal Kaguya, not kill her. However, due to the disadvantage of the Baryon mode, which consists in the rapid depletion of Naruto’s power and the slow killing of Kurama, this turns out to be a much riskier technique, which probably helps to balance the situation.

Is Boruto Canon? How is an anime series related to manga

It should be confirmed that no matter what Boruto: Naruto Next Generations can do with Naruto’s power level, it is still the definitive canonical sequel to Naruto. Naruto’s original creator, Masashi Kishimoto, directed the production of the series from the moment of its conception, and in January 2021 he even became the author of the manga instead of Ukyo Kodachi. This distinguishes it from objects such as Dragon Ball GT, in which Akira Toriyama was not involved except in character design, and which was made explicitly non-canonical after Dragon Ball Super. Thus, Boruto’s canonical relationship with Naruto should not be questioned.