Home Entertainment Explanation of the alternative ending of “I am a legend”: what happened... 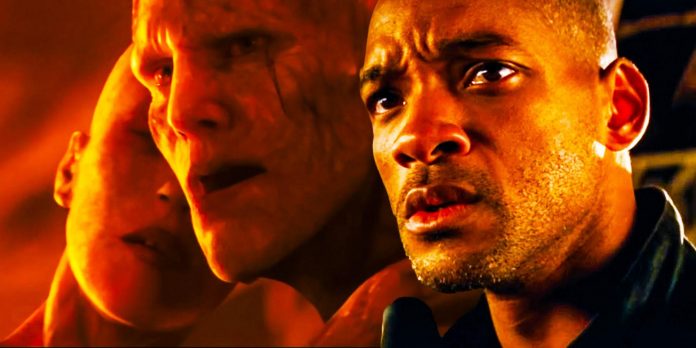 Will Smith’s 2007 box office hit “I am a Legend” had an ending that divided the audience, but an alternative ending “I am a Legend” exists, and it is more in line with the book. The novel by the famous writer Richard Matheson “I am a Legend”, published in 1954, is today one of the most respected works of apocalyptic fiction. Therefore, it is not surprising that the book has been adapted for the big screen, in this case, three times.

The first adaptation was released ten years after the publication of “I am a Legend”, in 1964. Horror legend Vincent Price starred in the movie “The Last Man on Earth”. In 1971, Charlton Heston took on the lead role in the second film adaptation called The Omega Man. Finally, in 2007, Will Smith directed I Am Legend, the most critically and commercially successful adaptation of Matheson’s book. However, oddly enough, none of the three films is really a satisfactory adaptation of the text, since each is significantly different from the source material. Firstly, while Robert Neville in the book is far from an expert on the plague that destroyed humanity, Neville in every version of the film was a brilliant scientist capable of developing a cure.

Another important part of the book “I am a Legend”, which has never been adapted, is its ending, in which Neville dies by suicide, and is not executed for his obvious crimes. It turns out that those who have turned into vampire-like creatures due to the plague have formed their own society and are still mostly intelligent, and view Neville as a monster, a kind of boogeyman that they fear and hate because he is killing their kind. “I am the Legend of Will Smith” again cannot reproduce this ending, but its alternative conclusion is much closer to the idea of the book. Here is an explanation of the alternative ending of “I am a legend”.

Explanation of the alternative ending of I Am Legend

In the finale of “I am a Legend” in the theatrical version, Will Smith’s character hides in his laboratory, trying to find a cure for vampire—like mutants. When he finally finds a solution to their condition, the creatures storm his house and lock themselves on the other side of some solid glass where he can see them waiting for him. Robert Neville eventually sacrifices himself and takes several creatures with him during the explosion, providing shelter for his fellow survivors, Anna and Ethan, to escape along with a sample of his new medicine. Anna and Ethan follow the rumors of an uninfected colony and find safety there in Vermont, giving them a cure, implying that humanity is saved. While this supports the adaptation of Neville dying by suicide, it completely ignores the novel’s original reasons why he did it, as he never realizes that he unwittingly became a world villain.

Several changes were made to the theatrical version compared to the earlier sketches, including the version in which the dog I am Legend survived. In the alternate ending of the film, Neville learns that vampire-like creatures are attacking his house because the leader of these creatures is the other half of the last “test subject” whom Neville kidnapped to try to create a cure. Realizing that, as in the book, the creatures are still intelligent, have a form of communication and have created their own society, Neville allows her subject to reunite with her brothers and apparently realizes that he has become a monster for the Seekers of Darkness. Neville quits his research, takes his medicine, and is headed to Vermont by another man with Anna and Ethan in tow. Although still far from the book, it is much closer in spirit, as Neville learns that he is not as righteous as he thought.

Unfortunately, as director Francis Lawrence showed, the reason why the alternative ending of “I am Legend” was changed to a happier one shown in cinemas after the test audience reacted sharply negatively to the ending in which Neville gets his villainous incarnation. This isn’t the first time a test audience has made a movie worse, and probably won’t be the last.

The prospect of “I am Legend 2” seems strange, given the ending of the first film. However, the project is in development and Will Smith is still attached to it. It is not specified exactly how his character will return in the sequel, but most likely he will be seen in flashbacks. After Will Smith’s infamous slap in the face at the Oscars, many of his projects were canceled or postponed indefinitely. “Bad Guys 4” was suspended, despite the fact that 20 pages of the script were handed to Smith shortly before the Academy Awards. In short, Smith had a lot of future projects in the works, and it is doubtful that they will be implemented in the near future, including I Am Legend 2.

Although the alternative ending “I am a Legend” would have completed the story more fully, it would not have left open the possibility of continuing with the salvation of mankind. Another portion

This Was The “Very Serious And Realistic” Spider-Man Movie Proposed By...