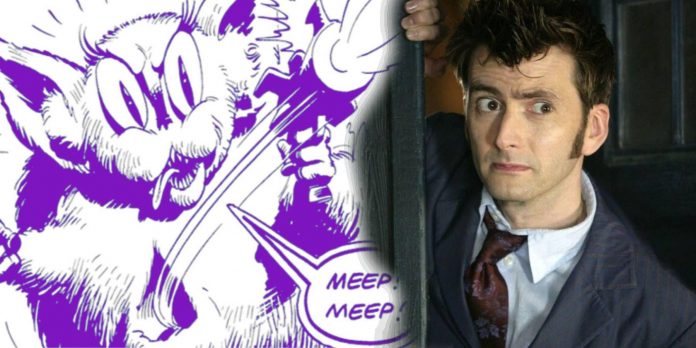 Photos from the filming of the 60th anniversary special edition of Doctor Who suggest an unexpected return of enemies from the expanded media. David Tennant, Catherine Tate and Yasmin Finney starred in public for the 2023 anniversary special, written by returning showrunner Russell T. Davis. Given the popularity of Doctor Who, this public shoot took place in front of eager fans armed with smartphones who regularly upload their grainy photos from the set to social networks. These photos revealed several aspects of the event, such as the participation of director Rachel Talalai and the return of Bernard Cribbins as Donna Wilf’s grandfather.

Fan photos also captured the updated costume of the Tenth Doctor, which led to speculation that David Tennant would replace Jodie Whittaker in the role of the Doctor. The most recent photos from the shoot have caused further speculation on social media regarding the identity of the monsters that the Doctor and Donna will face when they return. If the assumption turns out to be true, it will give additional weight to rumors that the new version of “Doctor Who” by Russell T. Davis will be more like a comic book.

The photos in question are taken from a night shoot in Cardiff involving actors, a black taxi and several UNIT cars. Footage has spread on social networks showing a stuntman dressed in a David Tennant costume driving a white furry creature in a taxi. In another widely distributed video, an actor in an insect costume is escorted to the filming location under an umbrella. Both creatures will seem familiar to long-time readers of the Doctor Who comics and will provide an amazing return to the 60th anniversary.

A fluffy white creature in a taxi and an insectoid under an umbrella incredibly resemble creatures from the cult comic book “The Fourth Doctor”. Originally published in 1980 in the pages of Doctor Who Weekly, Doctor Who and the Star Beast introduced Meep Beep in Doctor Who lore, a small creature resembling a white rabbit, with a dark side. “Doctor Who and the Star Beast” also introduced the Warriors of Wrath, insect-like policemen whose mission is to restore justice to the mips. The ribs on the back of the suit, captured by the camera, and the presence of the aforementioned fluffy white suit in the style of “Beep” strongly indicate that these comic creations are about to make an exciting Doctor Who debut on the screen after 42 years.

Beep The Meep’s History in “Doctor Who Explained”

Created by screenwriters Pat Mills and John Wagner and drawn by Dave Gibbons of Watchmen, Beep the Meep quickly became a fan favorite. When Meep Beep first appears in Doctor Who and the Star Beast, he is considered a cute, helpless alien hiding from authoritarian security forces. He is picked up by teenagers Sharon and Fudge, who eventually encounter the Fourth Doctor, who is investigating the trail of the crashed Mips spaceship. It turns out that instead of the helpless cutie he first appears to be, Beep is actually the leader of a ruthless race of conquerors called the Meeps, and evades the justice of the Warriors of Wrath. He is eventually defeated and imprisoned for his many crimes.

Like all good villains from Doctor Who, Meep Beep doesn’t stay in prison for long and has returned to take revenge on the Doctor in two more adventures in comics, including Star Beast 2. He also appeared in the Big Finish audio drama “Ratings War” alongside the Sixth Doctor Colin Baker, in which he takes over the management of a television network to inflict pain and suffering on viewers. If he does appear in a special edition for the 60th anniversary, then perhaps his wish will finally come true.

The Story of the Warriors of Wrath in “Doctor Who Explained”

Also in Doctor Who and the Star Monster, Anger Warriors, visually more dangerous creatures, appeared. This is an insect species specially created from the elements of the five strongest species of its universe. They are known for their bright red eyes (they can also be seen in Doctor Who photos) and sturdy exoskeletons, and their only goal is to cope with the scourge of the universe, the villainous, conquering Mips. The Warriors of Wrath have never returned to the comics, but their peaceful nature compared to the cruelty of a cute furry creature is a “don’t judge a book by its cover” type of story that Doctor Who regularly uses, for example, in season 4. The doctor’s daughter.”

Why are Beep & Wrarth Warriors returning to the 60th anniversary of Doctor Who?

Russell T. Davis has often talked about his initial career aspirations as a comic book artist before becoming a screenwriter, so it’s no exaggeration to assume that he read Doctor Who and the Star Monster.