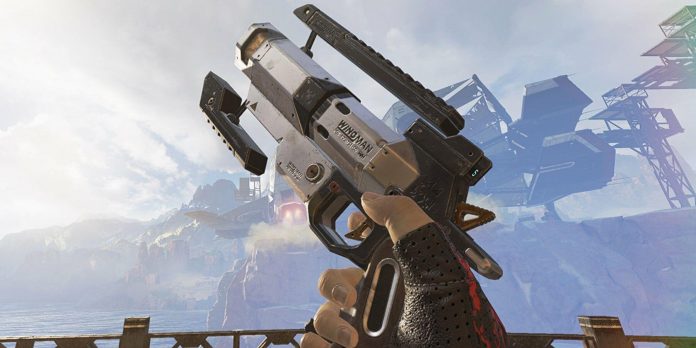 The 14th season of Apex Legends, Hunted, started well. Although the map changes in Kings Canyon seem a bit more than the previous season’s Storm Point updates, various changes in legends and weapons make the game fresher than it has been for quite some time. The weakening of the frequently encountered Valkyrie and C.A.R submachine guns has reduced their power to a more acceptable level, while the strengthening of lower-level elements such as Mad Maggie and the EVA-8 Auto shotgun makes them more viable. Apex Legends has not eliminated all its shortcomings yet, but these changes are a big step in the right direction.

Speaking of changes, one of the strangest gun patches in Hunted is related to the Wingman pistol. The foundation of Apex Legends since the launch of the game, Wingman has always been a handy weapon, fighting opponents at all distances. But with changes to other weapons this season, Respawn Entertainment found it appropriate to adapt Wingman to the new weapon meta.

RELATED TO: Apex Legends: Vantage’s strength as a Scout character lies in her passive ability

The strangest change in Wingman is related to its ammunition and magazines. In the past, the Wingman required heavy ammunition and heavy magazines to increase its maximum capacity. Hunted now uses sniper bullets and sniper magazines. This makes it the first weapon outside of the sniper rifle weapon class to use these items.

These changes are related to the effective range of the Wingman. Unlike the RE-45 Auto and P2020 pistols, the Wingman can hit targets from a long distance. With sufficient practice, its semi-automatic nature makes it easy to make subsequent shots, and measuring the distance of a bullet drop becomes second nature. Pair this with the return of the Skullpiercer Rifling Hop-Up to Hunted, and Wingman can deal crushing damage if players get hit in the head.

Given that Wingman has the potential to withstand small arms and sniper rifles, it made sense to give him only sniper ammunition. If the Wingman continues to use heavy ammunition, it will make it a direct competitor to the 30-30 Repeater pistol, which, thanks to its recent improvements, now performs the same role as the old Wingman. The built-in Shatter Caps Hop-Up 30-30 Repeater allows it to blast enemies at close range, and its loaded and unloaded shots are great for medium and long-range battles. Like the Wingman, the 30-30 can also be equipped with a Skullpiercer Rifling Hop-Up, which increases the damage inflicted by head shots. These changes in the 30-30 Repeater would not have left the old Wingman anything unique, except for a reduced penalty for movement when aiming (an ability common to all pistols).

By replacing Wingman ammunition with sniper ammunition, Respawn Entertainment has actually turned the pistol into a real sniper pistol. Players may have less sniper ammo per inventory stack than heavy ammo, which means they cannot fire weapons as freely as before. Considering how easy it was to keep firing the Wingman at a distance with a single charge of heavy ammunition, this change is welcome. The Wingman still retains what made it unique (in the sense that it was a powerful pistol at almost any distance), but it is now better positioned in the gun meta along with the 30-30 Repeater and Longbow DMR.

Wingman will need to get used to the new changes, but in the end they are good for Apex Legends. Players can still strafe for fun by aiming a gun at the sight, and they can still make some nasty head shots from a distance. However, they will need to keep track of how much ammunition they have left. This will inevitably increase the demand for sniper ammunition and magazines — items that are often neglected.

Xbox Shares The Letter That Caused The Mockery in Nintendo When...