Home Entertainment Explanation of Star Jones’ departure from “The View” 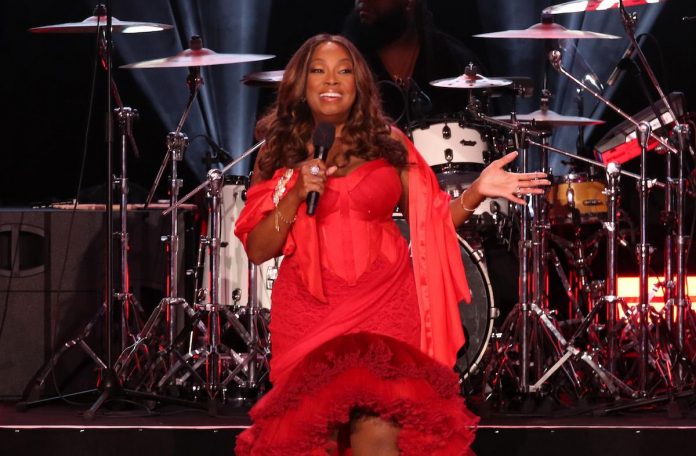 The View is known for its group of commentators who often engage in heated discussions about current events. It’s always news when a co-host leaves an ABC talk show, and many viewers were shocked when longtime host Star Jones left The View. So why did Star Jones leave The View?

Jones’ career in law and television

Although Star Jones is known for her television career, before appearing on the small screen, she had a completely different job. Jones received his law degree from the University of Houston Law Center in 1986 and began working as a prosecutor in the Kings County District Attorney’s Office in Brooklyn, New York the same year. In 1992, she rose to senior assistant District Attorney.

Her legal career led her to work in television. In 1991, Court TV hired her to commentate on coverage of the trial of William Kennedy Smith over sexual assault. For many years after that, Jones appeared as a legal commentator on the Today show and NBC Nightly News.

In 1994, Jones had her own court show “Jones and the jury”, where she delivered her “verdict” on cases brought by guests. The show was shut down after one season, but Jones continued to be a well-known legal correspondent.

She became the chief legal analyst for Inside Edition, directing coverage of the O.J. Simpson Trial. Jones is also the only reporter who interviewed Simpson during his civil trial.

Why did Star Jones leave The View?

In 1997, Jones joined the ABC talk show The View, making her one of the first co-hosts of the talk show, along with Meredith Vieira, Debbie Matenopoulos, Joy Behar and Barbara Walters, the creator of the show.

Jones has endured her share of controversies during the show. After a significant weight loss, Jones said that she had gastric bypass surgery. Many criticized her for initially telling the audience that her weight loss was the result of diet and exercise.

She also faced criticism for advertising the product during a show before her wedding in 2004. She was engaged in product placement in exchange for receiving free goods and services for the wedding.

However, fans of The View were shocked to learn that Jones would not return for the 2007 season of the show. According to The Hollywood Reporter, ABC decided not to renew the contract with Jones.

Walters later explained that the network let Jones go after interviewing The View audience and found that viewers disliked her because of the controversy surrounding her weight loss and wedding discussions.

“They did a lot of research, and the number of her negatives was growing,” Walters told The New York Times. “Not so much because of what she did on the air. These were the things she did off-air. The audience was losing confidence in her. They didn’t believe some of the things she said.”

Jones’ exit from The View was messy, with the former host calling the situation “ugly,” according to The Hollywood Reporter. However, she soon moved on and continued to work on television.

What is Star Jones doing now?

In 2007, she began appearing in her own show, Star Jone. But truTV cancelled the series after just six months. Jones also worked as a presenter on the red carpet of E! and organized the reunion of season 2 of House Hunters and The Bad Girls Club. In addition, Jones was a contestant on the fourth season of The Celebrity Apprentice, eventually finishing in fifth place.

Today, Star Jones will become a judge of the 2022-2023 season of Fox’s Divorce Court. Despite the fact that her time at The View ended badly, Jones’ fans are happy to see that she is still working in television, and excited that she is using her legal skills in divorce court.