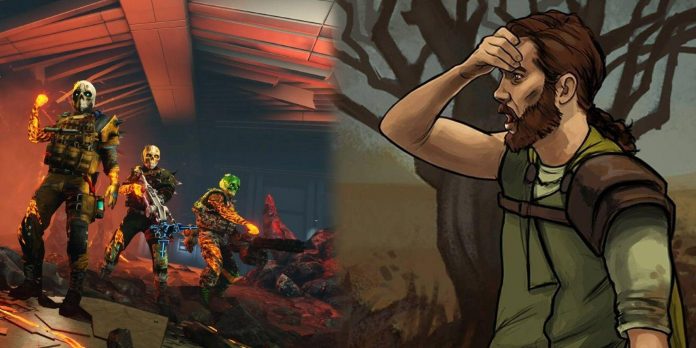 The choice of free games in the Epic Games Store can be ambiguous. Sometimes the games offered may not attract much attention from players, while in other months a large selection of enjoyable games will be presented. The Epic Games store has faced some criticism in the past for some of the free games offered, as well as aspects of the digital store, such as its exclusive multi-developer deals. Whatever its drawbacks, Epic Games Store can give gamers really exciting free games, and July is no exception.

A recent free set of games in the Epic Games Store includes Hood: Outlaws & Legends, Geneforge 1: Mutagen and Iratus: Lord of the Dead, which players can add to their collection until July 7. Then until the end of the month. It will start with two new free games — Ancient Enemy and Killing Floor 2, which will be available until July 14. The two games couldn’t be more different and showcase the variety usually offered in the Epic Games Store’s monthly free compilation.

Ancient Enemy from Grey Alien Games takes all the elements of a classic card role-playing game and transfers them to a video game format. In a card battle, players battle the forces of evil and a host of nefarious enemies as they travel through the scarred landscapes of a land already lost to enemy forces. Using a number of abilities and spells that they can pick up on their travels, gamers can strengthen their hero and fight an army of antagonists in a turn-based solitaire-style battle and solve many puzzles.

Strategy elements help to improve the gameplay of Ancient Enemy, and simple but pleasant animation combined with an exciting formula of the game turns the game into an entertaining and exciting experience. The combination of solitaire style with upgraded equipment, spells and protection for combat scenarios provides simplicity and accessibility of the gameplay, especially with a choice between three difficulty levels. Even gamers who don’t necessarily have to think about playing a role-playing game with card battles should try Ancient Enemy and explore its dark, folklore-inspired story for themselves.

The 2009 sequel to Killing Floor brings back a creepy first-person shooter, and in Killing Floor 2, players can fight mutant zombies — or Zeds — alone or as part of a team of six players. A month after the events of the first game, military clones created by the biotech firm Horzine are rioting across Europe, overthrowing governments and bringing societies to a standstill. As in the first game, players must fight waves of violent Zeds, and the final wave culminates in a difficult boss battle. Gamers earn money and experience points in each match, which they can then use to buy equipment or upgrades to improve their clone destruction abilities.

Killing Floor 2 really raised the stakes compared to the first game, making the action more intuitive and the deaths more bloody. The Versus Survival game mode also adds players the opportunity to participate in a twelve-on-twelve PvP match, where they can be either on the side of humans or on the side of Zeds. This frenetic mode may be short, but it’s still very fun and offers something a little different from the main modes. The original enemies from the first game return along with new opponents, but this time with improved AI to make them more challenging, demonstrating just one of the ways in which Killing Floor 2 made improvements to its predecessor.