Home Entertainment Explanation of Forrest Gump’s accent (the reason is so touching!) 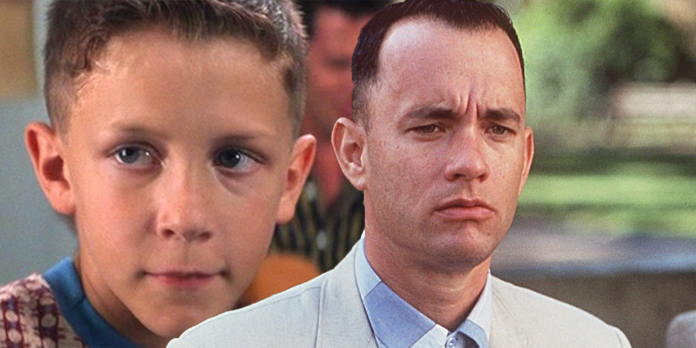 The accent that Tom Hanks uses as the main character in “Forrest Gump” is one of the most imitated in the history of cinema, but the story of its origin is not so well known. Decades after the film’s release in July 1994, Gump’s accent is still one of the most defining and recognizable aspects of the iconic character. The story of how Hanks came to create the accent of Forrest Gump is not so immediately familiar, but it is really touching and gives a more complete picture of the thinking and character of the beloved actor.

The action of “Forrest Gump” takes place in several epochs of Gump’s life, starting from childhood and ending with adulthood. The film explores Gump’s life as he makes friends, falls in love, goes to war, starts his own business and becomes a ping pong champion. He is also involved in so many historical moments that it would be easy to question whether Forrest Gump was a real person. The American Film Institute placed the film, which won the Oscar for Best Film, Best Actor, best Director, best visual effects, best Adapted screenplay and best editing, in 76th place in the list of “100 years … 100 films”. In December 2011, the Library of Congress selected “Forrest Gump” for preservation in its National Film Registry, noting the film for its ambitious technological innovations, such as inserting Gump into archival film footage, and its cultural resonance, which elevated Gump to the status of a folk hero. As of July 2022, it remains the 139th most successful film at the box office with $678 million.

Although Hanks is universally associated with Forrest Gump, he is not the only actor who has taken on the role. Since the film covers Gump’s life since childhood, the famous director Robert Zemeckis invited actor Michael Conner Humphries to play the role of young Forrest. Humphries was a native of Independence, Mississippi, and landed the coveted role at an open casting call in Memphis, Tennessee, despite having no previous film experience. It is reported that Humphrey’s strong accent from Mississippi was one of the key reasons why the casting team and producers made this decision. After casting Humphries, Zemeckis realized that he was facing a pretty tough battle to make an eight-year-old aspiring actor from Mississippi sound like a famous movie star Tom Hanks. When the director informed Hanks of the problem, Hanks suggested learning to mimic Humphrey’s accent instead, pointing out that for a trained actor in the script, this would be the most effective and efficient way to move forward. Perhaps this was the most compassionate way to deal with the dilemma, given the age and inexperience of his co-star in the film, which certainly speaks to the humanity of Hanks.

Hank’s accent in the image of Gump is so recognizable that people are still trying to reproduce it years later. It also makes the role of Tom Hanks more authentic. Of course, it is worth noting that the film “Forrest Gump” is based on the book of the same name by Winston Groom. In Groom’s novel, Forrest Gump is a man from Mobile, Alabama, written as a simple man. The author often uses spelling and grammatical errors throughout the novel to indicate Gump’s accent and level of education. Using Gump’s strong southern accent, Hanks draws on the character’s background and thus gives a more authentic and memorable portrayal of the character.

Almost three decades after the release of Forrest Gump, it’s almost impossible to distinguish character from accent. Just saying Jenny’s name out loud may not conjure up a pop culture reference, but add a slow southern stretch to it and you immediately think of Forrest Gump talking about Robin Wright’s Jenny Curran. This is a true testament to how good a choice it was for Hanks to emulate the accent of his young Mississippi co-star. Thus, Hanks secured for Gump the reputation of one of the most iconic film characters of our time.

Kim Kardashian walked the runway at the Balenciaga fashion show