Home Entertainment Explanation of each Animatrix short film: Matrix Connections Are they canon? 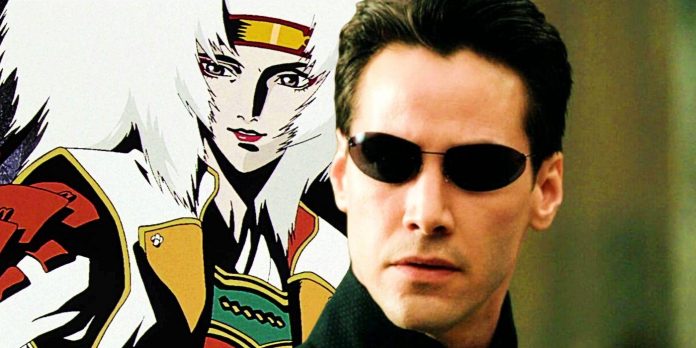 In addition to the four theatrical live-action The Matrix movies, the Matrix franchise also features an animated film – The Animarix. The film consists of nine anthology stories developed in collaboration with Japanese anime studios. Despite being released in 2003, at the high the Matrix franchise’s popularity, The Animatrix is not so well known in the mainstream, with many viewers unsure whether the shorts are connected to the Matrix films at all.

The Animatrix was released in the months leading up to The Matrix Reloaded as part of the marketing campaign for the first of the Matrix sequels. The Wachowskis had always mentioned anime as a huge influence for The Matrix, and the director duo saw in The Animatrix the perfect opportunity to work with Japanese filmmakers in new Matrix stories. Seven different directors worked on The Animatrix, and the movie received both a Japanese version and an English-dubbed one.

Related: Why The Analyst Kept Agent Smith In His Matrix Reboot

In The Animatrix, audiences get to see multiple interpretations of the Matrix world through the lens of different artists. That said, all nine Animatrix shorts follow the rules established in The Matrix regarding how the Matrix simulation works and how the humans have been fighting in the war against the machines. The Animatrix also features some of the most important Matrix characters, namely Neo and Trinity, and one of the shorts especially ties in with The Matrix Reloaded.

Are The Animatrix Shorts Part Of Matrix Canon?

The Second Renaissance Part I

“The Second Renaissance” is perhaps the most important of the Animatrix shorts in terms of canon and lore. That is because the two-part story tells the origins of the war between humans and machines. In the Matrix movies, Morpheus briefly mentions that a war started between humans and machines and that no one knew for sure who attacked first. “The Second Renaissance Part I” goes way back in the Matrix timeline when machines were still an instrument of humanity’s will. The short reveals the incident that started it all – one AI robot who killed its owners after finding out that it was going to be scrapped. The robot was put on trial and sentenced to death, sparking a worldwide debate over machine rights that ended with the creation of the first Machine City.

“Program” is a very self-contained story about two people training in a Matrix construct, similar to the one in which Morpheus trains Neo. The setting is personalized to look like feudal Japan, and the story follows two characters, Cis and Duo. However, the seemly regular training session takes an interesting twist when Duo, who’s in a relationship with Cis, asks for them to return to the Matrix simulation instead of continuing to live in the traumatic real world. That is similar to how Cypher wanted to return to the Matrix in the first movie, but “Program” also hides other plot twists that make it a unique Matrix story.

A glitch in the Matrix is a concept that became popular after the first movie, and it was used by Trinity to explain what it means to have Déjà vu inside the Matrix. “Beyond” explores that concept with a story about a specific location inside the Matrix in which the simulation is constantly glitching. A girl loses her cat and finds herself in an abandoned house in which the laws of gravity do not work. This abandoned house where people can jump incredibly high or even levitate has become a playground for kids in the neighborhood, which draws the Agents’ attention. “Beyond” is a self-contained story, but it beautifully adapts the idea that, in the Matrix, anything is possible.

Compared to other Animatrix shorts, “Kid’s Story” has a very direct connection with the Matrix movies. The short follows an unnamed kid who lives in the Matrix simulation but who, like Neo, cannot help but feel that there is something off about the world around him. Neo, who by then had already joined the crew of the Nebuchadnezzar, is the one who first contacts the Kid and guides him out of the simulation. The “Kid” in the Kid’s Story is exactly the same “Kid” from The Matrix Reloaded, the one who thanks Neo for freeing him. The story is quite distressing, and it takes the themes of the first Matrix to a rather dark turn at the end.

“World Record” is a visceral tale about an athlete who is constantly trying to push his own limits. However, unaware that he is in a simulation, Dan Davis pushes his body to such an extent that he starts to bend the rules of what should be possible for a human being to achieve. This caught the attention of the Agents, but they were not able to prevent Dan from accidentally waking himself up from the Matrix as a consequence of how fast he tried to run. “World Record” features one of the few examples of self-substantiation in the Matrix universe. In other words, when someone wakes up from the Matrix by themselves with no help from something like Morpheus’s red pill.

“Matriculated” follows a group of survivors in the real world, none of whom appeared in the Matrix movies, in a mission to capture a sentinel machine to reprogram it. The short discusses the long-old question if it is possible for a machine to learn something all by itself, and if it could change its own programming. The humans in “Matriculated” wanted to be able to work together with the AIs, something that eventually happened as proved by The Matrix Resurrections’ new Synthient machines.

“A Detective Story,” one of the Animatrix shorts written by the Wachowskis, follows a private detective hired to find the wanted hacker known as Trinity. Carrie-Anne Moss reprises her The Matrix role in “A Detective Story” and the short helps to explain how Trinity had created a reputation for herself during the events leading up to The Matrix. “A Detective Story” is a very traditional Matrix story, as it involves Trinity, the Agents, and a protagonist who, at first, does not know he is in a simulation.

Final Flight Of The Osiris

“Final Flight of the Osiris” takes place between The Matrix and The Matrix Reloaded, and it can be seen as a prelude to the second Matrix movie. It starts with two people training on a Matrix construct sparring program, but the story quickly turns as the crew of the Osiris finds out that they are being followed by thousands of machine-sentinels. Not only that, but the crew of the Osiris realizes that the machines are following their trail back to Zion. This plotline leads straight to the events of The Matrix Reloaded, and it cements The Animatrix’s canon status.

The Midnight Club Trailer: First Look at the Netflix show by...