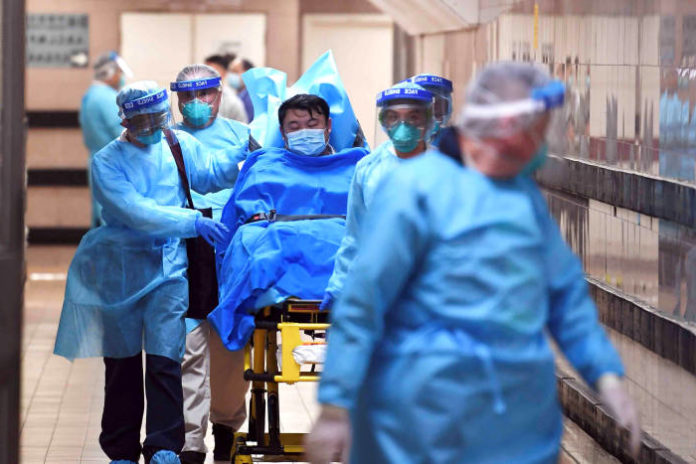 An interesting idea came from the Chinese National Health Organization to prevent the spread of the Corona virus, which spreads extremely fast and worries the whole world. According to a decision taken on Saturday, the bodies of people who died as a result of the disease will be burned and destroyed.

According to the current numbers, the Corona virus, which has cost 305 lives, continues to spread rapidly. The virus that emerged in Wuhan, China, has spread to many countries besides China. Certain measures are also taken regarding this highly contagious virus.

For the virus, which also includes the World Health Organization, the world has rolled up its sleeves. While scientists state that it is 20 months before a vaccine against the Corona virus can be developed, all countries have started to take specific measures to prevent the disease from spreading until the vaccine arrives. An extremely interesting idea in the field of preventing the spread of the disease came from China.

“Those who died must be burned”
China, the source of the corona virus, has now forbidden all actions that can be intimately contacted with the body of sick and dead people, such as funerals and burials. China’s National Health Commission (NHC) brought a new regulation on Saturday. According to the regulation, it was decided to burn the people who died as a result of the disease at the nearest facility.

In the statements he made, China’s National Health Commission said, “No farewell ceremony or any other funeral proceedings involving (diseased) corpses should be carried out.”

China’s National Health Commission also reported that at the end of Saturday, 304 people died in China and 14.380 people were infected with Corona virus. It is also thought to have Corona virus in about 24 countries.

How will the new regulation work?
According to the statements of the Chinese National Health Commission, there are certain steps and rules for the proper functioning of the regulation. The first of these is that the healthcare professionals at the facility where the patient is treated must disinfect and seal the patient’s remains. It is also forbidden to open these remains in any way.

According to the statement of the Chinese National Health Commission, nobody other than the healthcare professionals will be able to see the patient before the incineration. In addition, the patient’s remains can be delivered to the family after the patient is burned.

Thousands of New Bitcoin Whales Born Over The Week