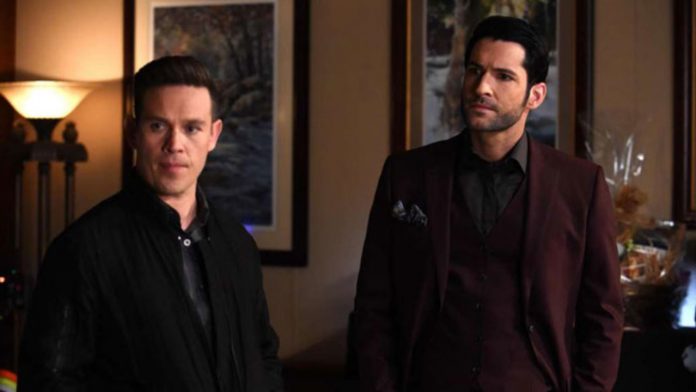 The popular Netflix series, Lucifer, is preparing for the premiere of the second part of its season 5, but with it it brings many doubts, so the fans of the show are curious about Lucifer and Dan’s friendship after discovering your true identity.

Lucifer’s (Tom Ellis) and Dan’s (Kevin Alejandro) strained relationship took a turn for the worse in season five of Lucifer, part one. After Dan saw Lucifer’s devil face. Will they accept it and reconcile their friendship?

After all, Dan is the ex-husband of Lucifer’s sweetheart, Chloe Decker (Lauren German), and over the years, the couple have come to blows over her.

But, let’s remember that Dan also blames Lucifer for the death of Charlotte Richards (Tricia Helfer) and was still mourning her death in seasons four and five of the show.

Lucifer showrunners Joe Henderson and Idly Modrovich revealed what awaits Lucifer and Dan in the second part of the fifth season.

“There will be an episode that will bring up all the troubles Lucifer and Dan have had over the years,”

“Posing the question What about Dan needs a favor from the devil himself?”

So far fans are talking about the favor Dan will need, which remains unknown for now and the cast and crew behind Lucifer are keeping quiet about the story of Part Five, Part Two.

See Also
Lucifer: Is Trixie still in the season 5 sequel?

Jungkook Shows The Exercise Routine That He Did In His Vacation