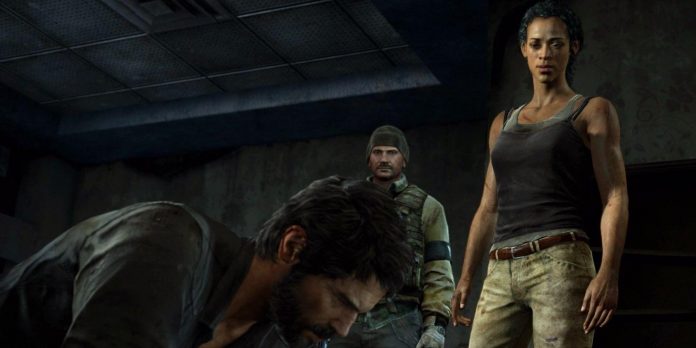 The release of The Last of Us: Part 1 is approaching, and many gamers will again be able to enjoy one of the most iconic gaming stories. Thanks to the many visual, sound, game and special enhancements that Naughty Dog has included, the adventures of Joel and Ellie will be presented better than ever, while remaining true to the original. Some updates will also use a DualSense controller so that players can feel in their hands.

Part of what makes The Last of Us so great is the variety of characters. In The Last of Us Part 1, players will meet many memorable characters again, including Marlene, who has not appeared on the screen for a long time, but has a huge impact on the events of the entire franchise. Marlene is a Firefly, and she plays an important role in Joel and Ellie’s life. She often finds herself in difficult situations that force her to make difficult moral choices.

Marlene and the fireflies

Marlene is the leader of the Fireflies, a faction created after a terrible epidemic that turned most of the population into carnivorous monsters. Unlike most, Fireflies have not lost hope and are still striving to find a cure for infection and save humanity from what seems to be an imminent doom. The Fireflies also oppose any other factions and groups that attempt to establish military authority over the dystopian remnants of society.

Fireflies serve as a symbol of hope for many survivors. However, some people become disillusioned with Fireflies and begin to doubt whether the faction’s intentions are really pure. This includes Tommy, who was once a member of the Fireflies, but eventually leaves. It is clear that Marlene still harbors hope and believes that Fireflies will lead humanity to a brighter future.

Not much is known about Ellie’s mother, except that her name is Anna and that she dies shortly after Ellie’s birth. Anna and Marlene are close friends, so she assigns Marlene to take care of Ellie. Trying to keep her promise to Anna, Marlene takes Ellie to boarding school, where she hopes she will remain safe. Being naturally adventurous and rebellious, Ellie and her friend Riley get into trouble, and they are both bitten by an Infected. Theoretically, this should mean death for them. However, although Riley is dying from an infection, Ellie discovers that she is immune, which makes her special.

Marlene promised Anna that she would take care of Ellie, and she would take care of her for most of her life. Although Ellie is more than willing to participate in the Firefly war effort, Marlene refuses because she doesn’t want to be harmed in any way. However, after discovering that Ellie has immunity, she realizes that it is vital that she be sent to Dr. Jerry Anderson, a firefly surgeon with the knowledge to make a cure. To do this, Marlene enlists the help of Joel, a gun smuggler whom she trusts, to deliver Ellie safely. Joel is suitable for this job due to his propensity for violence, which makes him effective against any dangers they may encounter.

Throughout most of the franchise, Marlene acts as a mother to Ellie. This is what Ellie desperately needs, even if she hates how overprotective Marlene can be. Marlene’s duty to take care of Ellie is put to the test when she learns what it takes to achieve the ultimate goal of the Fireflies and save humanity.

Marlene meets Joel and Tess through their gun smuggling. In exchange for the weapon, Joel agrees to take Ellie to Dr. Jerry Anderson. The journey turns out to be extremely dangerous and leads to Tess’ death. However, this also causes Ellie and Joel to grow closer, and Joel begins to treat Ellie as his daughter. He teaches Ellie how to survive, which comes in handy when Joel is injured and Ellie is forced to take him and protect them. Working together, they finally get to the doctor, and for a moment it seems that humanity has a chance to survive.

At this late stage, Dr. Anderson informs Marlene that creating a cure would require killing Ellie. Marlene is horrified by this, and she struggles a lot with this dilemma. However, in the end she agrees that it needs to be done, although she insists that Joel knows. Marlene tells Joel, which leads to a fatal turn of events. Joel kills the fireflies to save Ellie, killing Dr. Anderson in the process. He has a chance to spare Marlene, but he kills her too, fearing that she will go after them. At the same time, it turns out that humanity is really doomed, and the last light of hope has faded.

Both Joel and Marlene are Ellie’s parent figures, and they strive to protect her at all costs. However, they have completely different approaches to her immunity.