Home Entertainment Explaining the Future of the Joker in DC Movies: Everything We Know 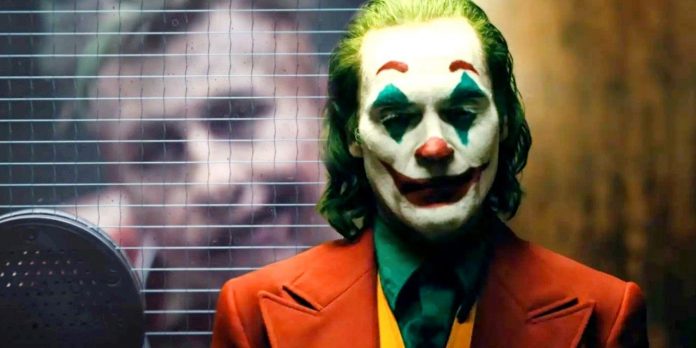 So far, there have been three different Jokers in the DC universe, so what’s next with the clown prince of the underworld? The DC film universe, unofficially named DCEU, began in 2013 with Zack Snyder’s Man of Steel, and although it was received ambiguously, it was a big box office success, giving way to other films based on DC comics characters. Three years later, the paths of Superman and Batman crossed on the big screen in the movie Batman v Superman: Dawn of Justice, in which Ben Affleck was introduced as the new Dark Knight.

Warner Bros. I decided to bring lesser-known characters to the big screen within the DCEU, and so David Ayer’s Suicide Squad appeared, in which Harley Quinn (Margot Robbie) debuted with the Joker from the DCEU, played by Jared Leto. Harley Quinn performed by Robbie was loved by fans, but the heavily tattooed Joker performed by Leto did not receive the warm reception that the studio had hoped for. After the disappointing results of Suicide Squad and other DCEU projects (especially Justice League) Warner Bros. I decided to make some changes. In October 2019, Todd Phillips’ “Joker” was released, which, although unrelated to the DCEU, is considered part of the DC cinematic universe (separate from the rest). The Joker introduced Joaquin Phoenix as Arthur Fleck, a failed stand-up comedian who becomes the Joker after society constantly mistreats him and shuns him due to his mental illness. This culminates in him shooting the host of a live TV talk show-an act of chaos to comment on the state of the world, going back to Heath Ledger in “The Dark Knight.”

In 2022, Matt Reeves’ Batman was released. Although it didn’t make it into the theatrical version, a deleted scene with the new Joker, played by Barry Keoghan, was released on YouTube. Few people have seen Joker Keoghan, but his crippled appearance and abnormal manners already distinguish him from Leto and Phoenix. Sandwiched between these two new Jokers, Joker Leto reappeared in the expanded version of Zack Snyder’s Justice League 2021. With the Joker sequel Joker: Folie à Deux confirmed, Jared Leto’s future in DCEU unknown, and Barry Keoghan ready to take on the mantle in a possible Batman sequel, what’s next for the clown prince of the underworld in the DC cinematic universe?

Joaquin Phoenix The Joker will return in the movie “The Joker: Folie à Deux”

A sequel to The Joker, based on Joaquin Phoenix’s interpretation of the Joker, is in development. In December 2019, it was reported that a sequel to Phillips’ “Joker” is in development, in which Joaquin Phoenix will again play his role. This was quickly shut down as other reports surfaced saying there were no deals or negotiations between Warner, Phillips and Phoenix, and Phillips later said he hadn’t even talked about it with Phoenix. However, in 2022, Todd Phillips announced via Instagram that a sequel titled Joker: Folie à Deux is in development. There are few details other than that, except that Phillips is again working with Scott Silver, the co-author of the “Joker” script. Joaquin Phoenix was depicted reading a copy of the script, so it’s safe to assume he’s reprising the role of Arthur Fleck.

“Joker” has never had a sequel. Philips has always been clear about this. However, the reversal at the request of the studio is not a big surprise in the context of the Joker’s performance. “The Joker” was an amazing success with critics and commercial success, breaking various box office records and becoming the highest-grossing R-rated film in history. Although it also caused a lot of controversy, the Joker was praised for his tone, cinematography, musical accompaniment and Phoenix’s playing.

The Joker has received numerous awards and nominations, and Phoenix has won the Academy Award, BAFTA, SAG and Golden Globe (among many others) for Best Actor. With all this in mind, abandoning a sequel would seem like a missed opportunity, especially in an era of cinematic universes, soft reboots and limited series, when viewers are more receptive than ever to stories told in multiple recordings. With Joker: Folie à Deux, it is confirmed that both viewers and critics will finally get a sequel, so many have always believed that the Joker deserves it.

Jared Leto Seems to Have Finished Playing the Joker in DCEU

Jared Leto’s Joker has made a big impression since the first photos of the character were published, as some fans felt that the tattoos did not match the character, but in the end they gave him the presumption of innocence. Unfortunately, his performance was also not well received, as many found him too exaggerated and his role inappropriate, despite the fact that the trailers teased that he would be the main antagonist. Leto’s behavior on set during “Suicide Squad” didn’t exactly appeal to Warner, as he was so passionate about his “methodical acting approach” that the final product turned out to be stupid and meaningless. There was reportedly no connection between everything he did and went through to prepare for the role and what was shown on screen, and the studio was reportedly not thrilled with his efforts.

The Big Bang Theory: The actress of the series who almost...

When Morbius returns to theaters, Jared Leto gets into the Biggest...