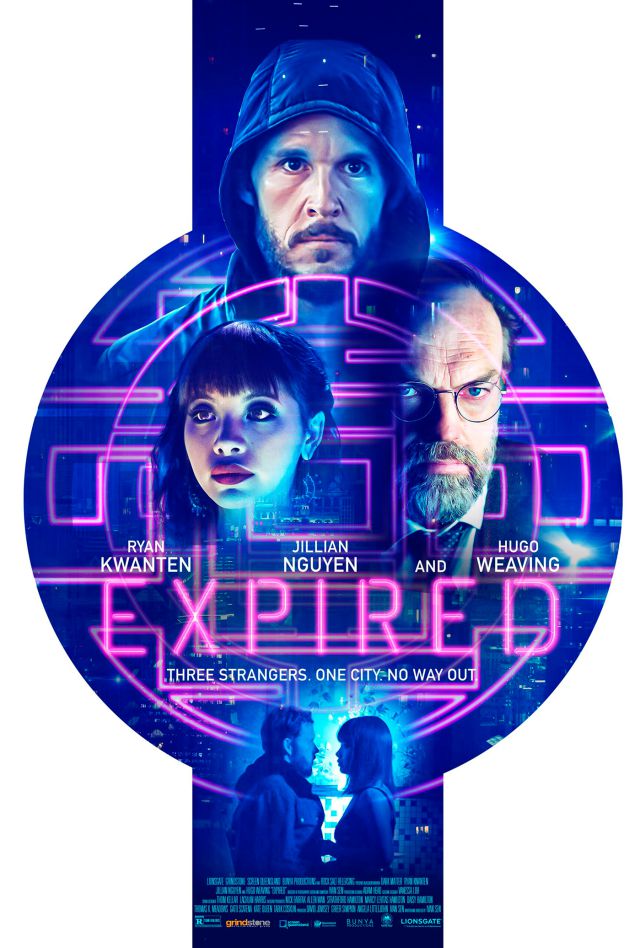 Expired: Lionsgate Movies presents the trailer for its new futuristic action film starring Hugo Weaving (The Matrix) and Ryan Kwanten (True Blood). Expired is the new film from Lionsgate Movies starring actors Hugo Weaving (The Matrix, The Lord of the Rings) and Ryan Kwanten (True Blood, Dead Silence), a new science fiction thriller for which we already have its first trailer, a first preview that you can see heading this news. This is how those responsible have presented it, confirming its release date both in theaters and on streaming platforms for March 18, 2022. Taking advantage of the occasion, the final poster of the film has also been distributed.

The trailer presents a future full of skyscrapers and neon lights in overpopulated macro-cities, a society in which relationships between humans have been practically forgotten and in which individual survival is the only objective of each individual. Therefore, Jack (Ryan Kwanten) decides to become a hit man.

One day, Jack crosses paths with April (Jillian Nguyen) and they fall in love; however, as Jack gets closer to April, his body deteriorates rapidly for some strange reason. Ultimately, Jack decides to enlist the help of scientist Bergman (Hugo Weaving), who discovers a man-made disease that Jack has been infected with. From here, Jack will try to continue to get closer to April while she discovers the secrets of her past that have led him to such a desperate situation.

Written and directed by Ivan Sen (Mystery Road), Expired (formerly known as Loveland), was quite a discovery for an actor as experienced as Weaving: “I loved the idea of ​​this love story set in a city in the near future. It’s basically about the loneliness that comes from being divided in a mechanized world and the impossibility of love in a world where people are divided and dependent on machines,” says the actor.

The synopsis of the film Furiosa shows how the story fits...