With the technology used in mobile phones becoming today’s shape, almost all of us are no longer using cameras. Even the choice of photographers has shifted to smartphones in terms of convenience, lightness and speed. But are multiple camera systems on phones enough to take good pictures?

The common feature of Apple, Huawei, LG, Xiaomi, Samsung, OnePlus and many more brands is not only producing various smartphones anymore, but also placing multiple cameras on those devices. With the discovery of the place and importance of taking pictures in human life by these manufacturers, camera systems, which are the indispensable feature of a smartphone, are almost competing with professional equipment. This situation has recently increased the need for various camera setups such as main camera, telephoto and wide angle.

The names in the world of smartphones are on the way with a dual camera, and now it is competing to be the first choice of photography lovers thanks to its hardware, which has up to five cameras. While companies are competing to add more cameras to phones, experts have explored the impact of this on taking good pictures, and it turns out that it is not that effective in image quality.

Everything is actually marketing trick:

This situation, which is revealed by experts, may be new to us, but manufacturers are definitely aware of this. Researches agree that such things are a marketing strategy. It is seen that this marketing trick is used both in affordable devices that appeal to the budget, middle-class models and flagships only in order to increase the numbers and there are dozens of devices that come with the camera features we mentioned in the market now.

Especially macro cameras and depth sensors are included in mobile phones as the most popular extra equipment, but they are said to make no major impact to the main camera in order to take a better picture. According to experts, the essential thing for better photos and the biggest factor contributing to good images is the main camera hardware and the image processing software used by the brand.

Although the effects offered by options such as portrait mode are a bit more useful by experts, it is still not unnoticed that these can be done with simple software and applications. Of course, there are cases when more camera options are useful. At this point, the researchers acknowledge that ultra-wide cameras and zoom cameras are very useful. It is possible to say that models such as Samsung’s Galaxy S 20 series, iPhone 11 family, Xiaomi Mi Note 10 and Huawei P40 Pro Plus are examples.

A new smart device continues to be added to these systems, which are used as a marketing strategy with a very large percentage. While brands continue the race with each other at full speed, it is up to us to stop and watch and do extensive research on the products we will buy. 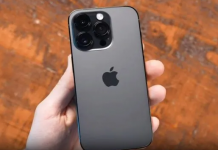 Xiaomi is reducing service support! These are the models 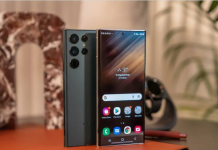