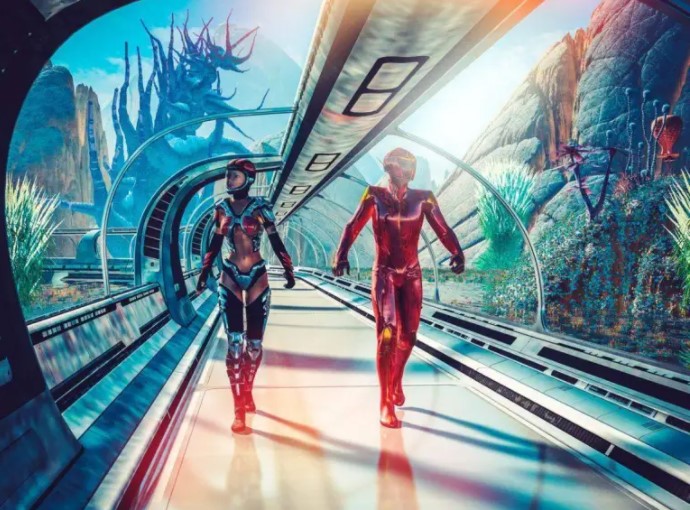 Experts predict that the price of the popular metaverse coin Axie Infinity could increase by 80% as the popularity of the game increases. Sky Mavis, the developers of Axie Infinity, recently revealed the terrain game in development. Axie Infinity has announced seasonal rewards for those who finish the game in the top 1000. Despite the planned drop in stake rewards, analyst Ekta Mourya has a bullish outlook on Axie Infinity price.

While the capital inflow to Play to earn games continues to increase, the price of Axie Infinity has an upward trend. According to the analyst, AXS could increase by 80% with the spike in adoption and plans for 2022. One of the biggest play-to-win games, Axie Infinity has witnessed a surge in adoption and popularity. The game’s token, AXS, has seen growth in market capitalization over the twelve months of 2021. Sky Mavis, the developers of the Axie Infinity ecosystem and game, announced their roadmaps for 2022. Play-to-win gaming ecosystem plans fueled the rise story for Axie Infinity. The Axie Infinity terrain is currently in development and could be released later in the year. The average Axie Infinity player earns $400 per month, making it a passive source of income for users from third world countries. Earlier today, the play-to-win game announced seasonal rewards for game finishers. This could attract new users to the game and mean an increase in token acceptance. In addition, the game announced that the monthly wagering rewards of 2,000,000 have been reduced to 1,566,000 on a planned basis.

FXStreet analysts evaluated the Axie Infinity price trend. Analysts predict that Axie Infinity could start a bullish trend after a reversal. According to analysts, the play to earn token has a lot of upside potential.