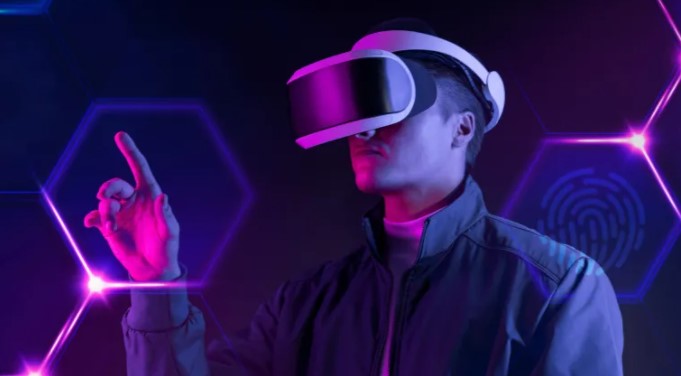 There are dozens of metaverse coins on the market, so it’s hard to tell which projects are real and worthwhile and which are hype. Expert Mark Arguinbaev analyzes the top 10 Metaverse cryptocurrencies selected to watch as of December 2021 as well. As Kriptokoin.com, we present these projects to your attention, ranked from the lowest to the highest market value.

10. Wilder World (WILD): $263 million. Wilder World is an immersive 5D Metaverse coin project based on Ethereum. It has a fully functional Metaverse marketplace that allows users to purchase various items such as buildings, cars, sneakers. WILD is the native token of the Wilder World ecosystem. Wilder World’s mission is to be the first truly decentralized and community-led NFT marketplace. At the time of writing, Wilder World is trading at $3.57, down 21% in the last 24 hours.

9. UFO Gaming (UFO): $528 million. UFO Gaming is a decentralized gaming platform built on Ethereum. The team aims to combine traditional games with blockchain technology. UFO Gaming owns UFO crypto, the native utility token used in their Dark Metaverse. Each planet in UFO Gaming’s Dark Metaverse will contain a unique set of games, allowing players to purchase pieces of land via NFTs. At the time of writing, UFO Gaming is trading at $0.00002053 with a 24-hour trading volume of $9 million.

8. Illuvium (ILV): $711 million. Illuvium is an open world RPG adventure game built on the Ethereum Blockchain. The Illuvium Metaverse contains idol-like creatures called Illuvials that players can discover and collect. There are over 100 Illuvials populating the alien world, each with different attributes and classes. Additionally, Illuvials has several NFTs listed on Opensea and are available in-game at launch. At the time of writing, Illuvium is trading at $1,104 with a 24-hour trading volume of $49 million.

7. WAX (WAXP): $821 million. WAX stands for “Worldwide Asset eXchange”, which claims to be the world’s most proven and environmentally friendly blockchain for NFTs, collectibles and video games. He has partnered with big brands like Street Fighter, Saw, Atari and many more. WAXP is the native token on the WAX ​​platform that includes its own blockchain with the Delegated Proof-of-Stake consensus mechanism. Amazon.com Inc is investing in sports card marketplace Dibbs, a real-time fractional card marketplace using WAX’s NFT technology. At the time of writing, WAXP is trading at $0.4404, down 15% in the last 24 hours.

6. WEMIX (WEMIX): $1 billion. WEMIX is a blockchain-based gaming platform developed by WEMADE, a South Korean gaming company that has been operating for over 20 years. One of WEMADE’s most popular games is “The Legend of Mir”, which has been downloaded more than 500 million times worldwide. WEMIX already has a list of games that users can download via the App Store or Google Play. At the time of writing, WEMIX is down 12% in the last 24 hours to trade at $8.57.

5. Enjin Coin (ENJ): $1.9 billion. Founded in 2009, ENJ is the ERC20 token that powers the Enjin Platform. The purpose of the Enjin Platform is: “To facilitate individuals, businesses and brands to use non-tradable tokens (NFTs).” In addition, ENJ is used to support the value of NFTs printed on the Enjin platform. Anyone can now buy, sell and trade NFT on the platform. The goal is to make NFTs accessible to everyone and make it easy to participate in the NFT ecosystem. Efinity is Enjin’s latest project, a next-generation blockchain for digital assets built on Polkadot. At the time of writing, ENJ is trading at $2.31, down 15% in the last 24 hours.

4. THETA (THETA): $3.89 billion. THETA is a next generation video and entertainment blockchain powered platform. It includes an NFT marketplace and fully open source code available on Github. THETA includes impressive partners for institutional validator nodes including Google, Sony, Samsung, Binance, Blockchain and more. At the time of this writing, THETA is trading at $3.88, down 13% in the last 24 hours.

3. Sandbox (SAND): $4.3 billion. Sandbox is one of the best designed Metaverse projects on the market right now. It is built on top of the Ethereum blockchain and has a downloadable PC client that offers unmatched graphics and smoothness compared to other Metaverse coins. Sandbox is dominating the markets as its recent Alpha launch lets players control their virtual universe. The game lived up to expectations as it was extremely well built, reminiscent of a mix between Minecraft and Fortnite. At the time of writing, SAND is trading at $4.78 with a 24-hour trading volume of $1.3 billion.

2. Axie Infinity (AXS): $5.6 billion. Axie Infinity is an Ethereum-based NFT collectible game developed by Vietnamese studio Sky Mavis. It features cute monsters called Axies that users can upgrade with various attributes and send into battle to earn rewards. AXS is the ERC-20 native cryptocurrency for the Axie Infinity platform. AXS is used to interact with the platform. At the time of writing, AXS is trading at $92.95 with a 24-hour trading volume of $301 million.

1. Decentraland (MANA): $5.72 billion. Decentraland is a 3D blockchain-based metaverse coin project built on Ethereum that allows players to purchase land and explore the virtual universe. Various experiences are available such as Casinos, Concerts, Galleries and much more. Decentraland has been public since February 2020 and is the longest running 3D Metaverse project in crypto. Anyone can browse Decentraland by visiting the official website and connecting using MetaMask. At the time of writing, Decentraland’s MANA is trading at $3.13 with a 24-hour trading volume of $689 million.

This altcoin on Binance exploded epic: That’s why!