Home Crypto Expert: Gold Will Hit These Levels In A Few Weeks! 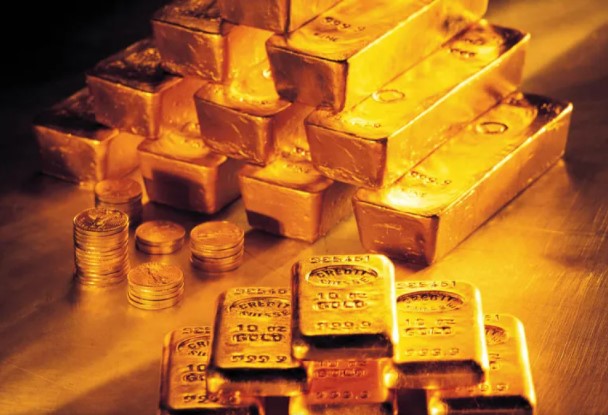 Florian Grummes, managing director of Midas Touch Consulting, said it was only a matter of time before double-digit inflation hit the US. In this case, he shared his thoughts on gold markets. Grummes also gave a recent target while saying that the “perennial” bull cycle continues under it. The executive said that his target is $2,000, but once this level is reached, a pullback could be seen.

Grummes stated that he has seen a multi-year rise in gold, meaning that the bull cycle continues. According to the expert, who thinks we are on the right track for this rise, it is only a matter of time before we see a serious rise. This year, maybe next year. “If the Fed really starts raising interest rates and starts reducing asset purchases… You see the markets are already giving a clear signal, so if they do, I don’t think they’re going to be able to do it aggressively,” the expert said. Grummes said that the multi-year bull cycle of gold is still ongoing and used the following statements:

Gold did everything to hide his true intentions. In retrospect, the crash last August was actually the start of an uptrend for several months. Today, we are already trading higher than $200. Gold has been correcting since August 2020. It has entered a triangle in the last 16 months and I think the last significant low was mid-December at $1,750. Gold has been rising ever since.

Grummes noted that $2,000 per ounce remains an important psychological level. He thinks we could briefly hit $2,000 in the next few weeks, maybe one to three months, then stop around $1,975. “The Bollinger band per month is around $1,975, so that’s the logical target for me,” he said. He states that if we reach this $2,000 level in the next few weeks or months, gold may experience a pullback, then it may take a few more months for gold to rise again and test this level again.

Coinbase Explodes In The Markets: What Is Pawtocol (UPI)?

Finance Expert Gives 2 Altcoins That Will Explode and Bitcoin Astonishing...