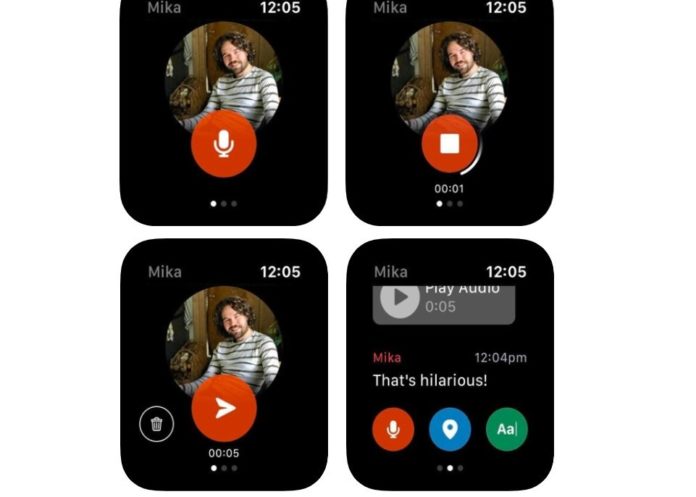 In addition to its own platform, social media giant Facebook is also the owner of platforms such as Instagram and WhatsApp, and the company continues to expand its application portfolio. Kit, Facebook’s new experimental app, enables messaging on Apple Watch.

Facebook’s R&D team, one of the social media giants, has released an application that can be used with Apple Watch today and you can communicate with your close friends. This application, called Kit (Keep in Touch), uses QR codes integrated into Facebook’s messaging app, Messenger.

The application is as follows; You first start by reading the QR code on your watch or by entering the access code at fb.com/devices. You then select the people you want to stay in touch with from Messenger, using the Kit.

New app to stay in touch with your close friends: Kit
This application developed by Facebook; It allows you to send many messages such as voice recordings, emojis, location sharing, drawings with a single touch. These messages are sent via Messenger, Facebook’s own messaging application, not via SMS or iMessage.

Another thing you can do with the app is to receive notifications, reply and read messages sent to you. According to the statement in the App Store, the idea behind this app is that users can stay in touch with people without lifting their phones.

While Facebook’s Messenger app already has Apple Watch support, Kit focuses on staying in touch with your relatives. Of course, this also offers a different interface and a different experience from Messenger.

Few of these applications, which came out of the hands of NPE Team, are still on their way. Facebook said in a previous statement that NPE Team applications that could not form the user audience would be closed quickly. The applications developed by NPE Team did not have a connection with Facebook, but Kit is directly linked to the Messenger application.

How to use PayPal? See how to create an account and...