Home Entertainment Expanse is a subtle but effective environmental message 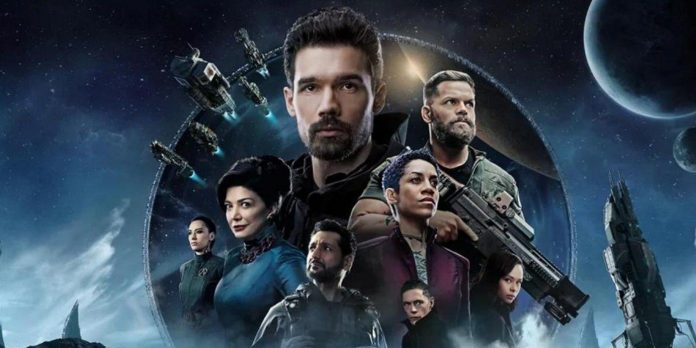 The last season of “Space” ended in early 2022, but its influence on viewers will remain for many years. The show explores a future in a few hundred years in which humans have traveled beyond Earth to populate Mars, Jupiter’s moons and the asteroid belt. Although it is primarily science fiction, the series is also a political drama. In addition to studying advanced technology, he explores the “what if” of government organizations, military operations, and conflicting ideologies in a world where humanity is scattered throughout the solar system.

Political unrest is the theme of the entire series, especially noticeable in the first few seasons. Earth and Mars are at each other’s throats, and the Belt doesn’t like the inner planets. There’s a long story here that the show itself can only sketch vaguely. But Martians, in particular, whenever they express their dissatisfaction with the Earth, as a rule, return to the same source of hostility: humanity had a home, the cradle of life. We had a place where we could thrive, a place that gave us everything we needed as a species. And we ruined it.

The Dream of Mars

Throughout the show, Martian soldiers and government officials often talk about the “dream of Mars”, a centuries-old goal for which the people of the planet must fight and sacrifice themselves. This dream is to turn Mars into a garden, a planet as lush and full of life as Earth once was. Often, when discussing this goal, it is inevitable that someone will eventually express some bitterness towards Earthlings. After all, Earth once had the very thing that Martians dream of, but humanity sat and watched while it was dying. From the place where Mars stands, humanity has observed the pollution of the earth’s oceans, the destruction of forests. Earthlings, according to Mars, are spoiled and lazy. They didn’t know what they had until it was too late, and now Mars has to try to recreate it.

Despite their contempt for its inhabitants, most Martians adhere to an idealistic vision of the planet Earth itself. Traveling there to appear before the UN, Ganny expresses a desire to see the ocean after hearing its description from those who have visited the Earth. Even when her boss tells her that it’s dirty, stinks and full of garbage, she holds on to this dream, even breaking out of her apartment to look for the coast.

What she finds is not an idyllic vision of a perfect day on the beach, but also not the poisonous hellscape that was described to her. The ocean is gray, splashing against the concrete outskirts of the city, very few plants and animals. And yet Ganny finds what many people on Earth have found on the ocean for centuries: peace and quiet, a quiet place to take a break to sort out their restless thoughts. When Avasarala finds her there, noticing how long it has been since she herself went into the water, it only strengthens Ganny’s opinion about Earthlings, an opinion that she expresses to the deputy minister: “That’s another thing you take for granted.” .”

We had a garden

It is this dream of Mars, this goal to create an Eden for their people, that often shapes how Earthlings treat Martians. Some make fun of their goal or consider it naive, but at the same time they tend to hush up the very thing that makes Martians want their paradise so much, and reinforce the idea that Earthlings simply do not appreciate hard work. Others, such as Earth’s ambassador to Mars, Frank DeGraaf, admire Mars’ resilience and unwillingness to give up in the face of adversity. They got a poor hand, living on a dry, frozen planet, and yet they grow grapes to make the best wine in the system.

Mars aspires to become what Earth once was, because in “Space” it becomes clear that very few places are left untouched by technology and urban development. “We had a garden and we paved it,” says Crisien Avasarala, echoing the words of songwriter Joni Mitchell: “They paved paradise and built a parking lot.” She expresses her regrets by looking mournfully into the night sky, shortly after DeGraaf’s death. After his death, she understands his love for the Red Planet; she understands his admiration for the resilience of his people. And a season later, when she meets Gunny on the beach, she doesn’t deny that she and her people take their planet for granted. Although she doesn’t talk much, her demeanor seems to indicate that she agrees with the Martian soldier.

Expanse does not hit the viewer on the head with its environmental message. This is not a problem at the heart of the show. But the universal reality of this story is that overpopulation, pollution and the rapid depletion of resources on Earth are the main factors that primarily contributed to the expansion of humanity throughout the Solar System. We were kicked off our planet because we didn’t take care of it. 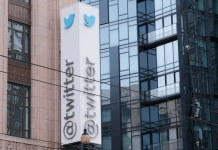 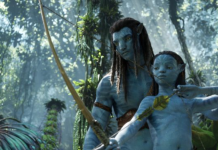 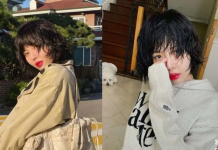 Genshin Impact: How to Finish Chapter 4 of the Aranyaka (Agnihotra...

Chris Hemsworth reveals the roles of his children in the movie...