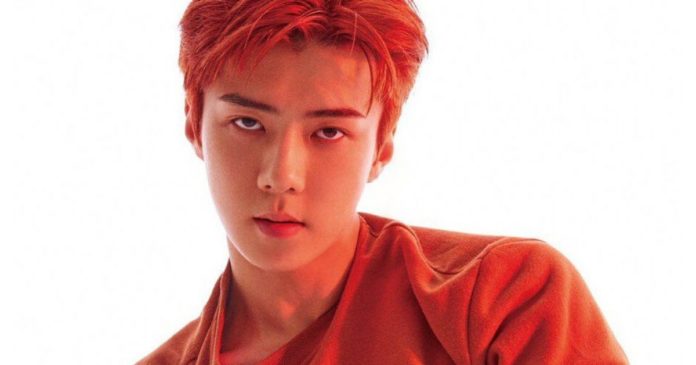 EXO’s Sehun Debuts His TikTok Account With This Video. The fans did not expect this great surprise from the member of the group from SM Entertainment.

Oh Sehun fans were already asking that the idol make a post on any of the social media, but they were not expecting this move from EXO’s maknae .

Due to the pandemic the world is going through and the social isolation to avoid contagions, TikTok is one of the most downloaded and famous platforms currently, the EXO member could not be left behind, so Sehun has surprised his fans by be a new user of this video network .

The name of the account Sehun in TikTok is ‘ imsehun’ , but no picture of profile , the idol and released its new social network uploading a video in the company of Chanyeol and Gaeko , the boys showed their version of the challenge #hiteverybeat with MC Hammer’s iconic song ‘U Can’t Touch This’.

Everything seems to indicate that this clip was made while Sehun , Chanyeol and Gaeko are in the recording studio, these three music personalities are very close because EXO-SC , the EXO subunit in which Sehun and Chanyeol participate collaborated with Gaeko on the song ‘ Just Us 2’ from his first mini album ‘What A Life ‘.

Because of this, some fans think that the EXO members are working on a new project with Gaeko, and that’s why the TikTok clip is being developed in the recording studio .

Some reactions of the followers of Sehun were to write to the cometary section are very excited and suggested to climb tiktoks with often to enjoy more of their occurrences.

Check out the video of Sehun :

What you didn’t know about ‘Black Swan’, the new MV of...