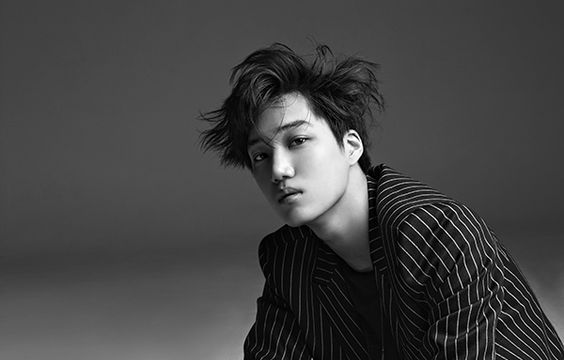 EXO’s Jongin was chosen by the Seoul Design Foundation as the first guest to the My Signature dynamic.

In Kai’s recent talk for the My Signature video series, he spoke about his artistic vision, professionalism, personality, and passions. The activity was organized by the Seoul Design Foundation. Check out the EXO member’s full interview!

The idol is a fashion icon, on different occasions he paraded for design firms such as Levis and GUCCI, Kai’s way of dressing has put him on the list of artists with an interesting proposal, varied styles and who are not afraid of merge clothes.

At the end of 2020, Jongin made his solo debut and his first record material captured the attention of fans around the world, the project’s songs entered the first place of the charts, broke new records and set records.

Recently, the board of the Seoul Design Foundation association named Kai as the first guest on the My Signature series , where the EXO idol explained his greatest inspirations and goals as an artist.

Seoul Design Foundation is an institution that is dedicated to promoting the design industry, fashion and new artistic proposals of South Korean creatives, as part of their campaigns, they launched My Signature , a series of videos with celebrities to address different topics of their careers.

The first star of the music guest My Signature was Kai of EXO . Through the official channel of the fashion foundation, they published the video of the talk with the interpreter of ‘Mmmh’, he commented that one of the keys to success is feeling satisfied with the result of an activity to work even more.

The one represented by the SM Entertainment agency confessed that he is a very objective and hard artist with himself, he is happy to show his skills in singing and dancing, he practices it since he was young because being on stage is one of his passions.

EXO-L is an important part of his life, not only as an idol , but also as a person, he greatly appreciates the love, support and encouragement that fans give him, Kai compared dancing and singing with the followers, since at all times they are necessary for your strength.

Jongin shared that he now knows the impact of K-pop globally, as people from all over the world keep an eye on his activities, releases, and posts. Finally, Jongin revealed that one of the factors that he most appreciates in life is happiness, he believes that you should strive to experience that feeling.

Recently the EXO member raised suspicions of a collaboration with a British singer, we invite you to see: EXO’s Kai and Zayn Malik together? This would be a collaboration between musicians.

Cole Sprouse: where to find it besides the Riverdale series?