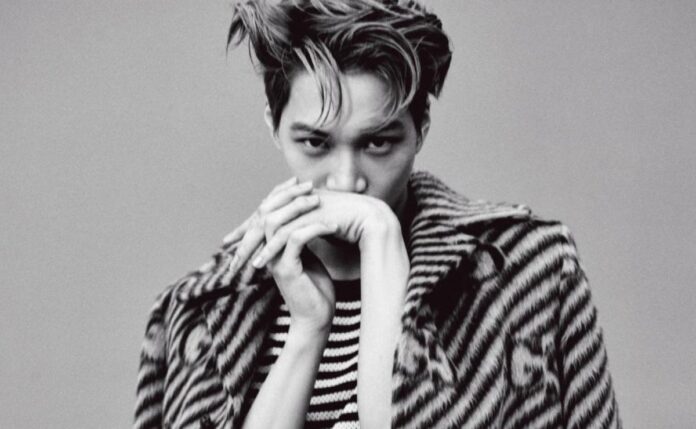 Jongin had a special role as a model for W Korea, the EXO idol gave a very candid interview about his perception of life and his career as a K-pop artist.

Kai’s debut with her first self-titled album was a success, breaking records in views on the YouTube platform, sales, and the songs were placed in the best places on the music popularity charts in various territories.

A few days ago, Jongin posed for W magazine in its Korean version, where he showed his skills as a model with elegant garments from the Gucci fashion house from the Epilogue collection, the designs were supervised by Alessandro Michele himself, creative director of the company.

Kai opened her heart in a cute interview with the publication, she spoke about her career as a solo artist, her personality as an artist, various personal aspects and the elements that make her happiness infinite. OMG!

EXO’S KAI’S GOAL IS TO FIND HAPPINESS, WHAT IS HIS SECRET?

Jongin’s biggest passions are dancing, singing and acting for EXO-L, the EXO member was questioned if he ever felt tired or overwhelmed from being an idol, he replied that he had his difficult, stressful moments and where He had mixed feelings, but he let them go.

He accepted that once he recognized the pain he learned to control his mind a little more to let go of the things that did not help him build himself as an artist and as a person, now he appreciates himself more and takes care of himself.

Kai commented that it is better to change the bad aspects of a personality before reaching a point where it all consumes you. One of the feelings he appreciates is happiness and he wondered:

Are we not here to be happy?