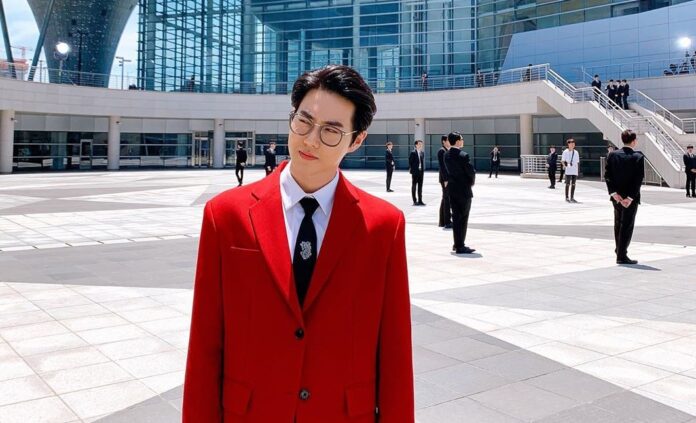 Kim Junmyeon was born on May 22, 1991, in Seoul, the capital city of South Korea, due to his love for singing and artistic expressions, the interpreter developed his skills from an early age.

In 2006, Suho auditioned through ‘S.M. System Entertainment ’, which was a recruiting program for young talents that sought to train them in dance, singing and rap, to later debut in a group.

At 16, Junmyeon managed to enter SM Entertainment, his career in the entertainment world began before he officially debuted, he appeared in a movie starring Super Junior, assisted as an extra in a TVXQ music video and was invited to rap on the song. ‘I Cry’ by Lizzy, singer of the girl group After School.

EXO debuted in 2012 with an interesting concept and history that divided the group into two sub-units: EXO-M and EXO-K, where Suho was the leader and was part of the vocal line for his talent and acting skills. .

Although Suho had released solo songs like ‘Curtain’, his official solo debut was this year, his first album ‘Self-Portrait’ contains 6 songs, Junmyeon promoted the track ‘Let’s Love’, which was very well received by the public and fans.

With the hashtag # SUHO522DAY, fans are posting loving messages to the idol, who is doing his military service, EXO-L wants to send him his congratulations regardless of distance.