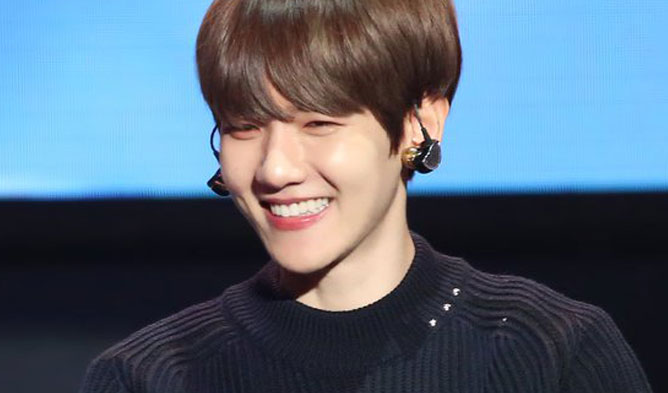 EXO’s Baekhyun surprised his fans with his great vocal talents by covering Bruno Mars that made them dream of a collaboration.

The K-pop group’s vocalist is set to make his Japanese debut. Following the success of his albums “City Lights” and “Delight,” the idol positioned himself as one of the favorite soloists in the Korean industry. However, there is still one dream to fulfill for EXO fans: a musical collaboration.

Through his official Instagram account, Baekhyun made a live broadcast and shared some of his favorite songs, he also interacted a bit with EXO-L, who made him a great request: to perform a duet with Bruno Mars after he performed a cover of the singer.

Baekhyun is known for having one of the best voices in K-pop, the ability of almost all of his peers, who have won over their fans with their ballads. With his solo career he managed to become a Million Seller and is about to debut in the Japanese market, will this dream come true?

During his live on Instagram, Baekhyun listened to some music and when Bruno Mars’s “Versace on the floor” was played he began to sing it, the idol once again surprised EXO-L with his great voice and triggered a series of requests to that both make a collaboration.

Baekhyun is no stranger to international artists, a couple of months ago he was mentioned by One Direction’s Liam Payne, so it’s not impossible for a connection between the soul and funk star and the K-pop genre singer. So far, it’s all about EXO-L’s dream, who enjoyed the little idol performance.

Apparently, EXO is a big fan of Bruno Mars, as Chen also exposed on a radio show that he was one of his followers. The singer has already visited Asian lands, because in mid-2018 he performed concerts in Japan with his “24K Magic” tour.

EXO is known for being one of the groups with the best vocals in the industry, among their solo projects is the release of several OSTs for Korean dramas, know the list of their songs.