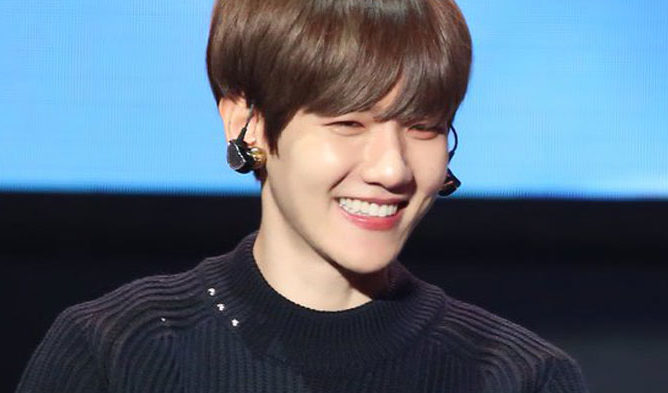 Everything indicates that the interpreter had given some clues on his social networks about this new project. The EXO singer will return soon with new music.

Baekhyun is one of the most recognized Korean artists worldwide thanks to his talent and dedication in his presentations, this year has many surprises for his fans.

Singer EXO debuted in solo with the mini album ‘City Lights’ which was released on July 10, 2019 , promoting the song ‘ A Village ‘, the record material was widely accepted by the public as the style R & B with which Baekhyun experienced fitted his voice very well.

The idol had been working on projects with SUPER M, the newest group from SM Entertainment which brings together members of NCT 127, WayV, SHINee and EXO , both the debut and the promotion in the United States and the world was hand in hand with the label Capitol Records.

Baekhyun was previously reported to be in the production of a new album , but no further details of his musical return were specified , this excited fans who wanted the EXO vocalist to return to the stage.

From his social networks like Instagram and Twitter, the idol had already been hinting at something about this new record material, so the suspicions of all the followers increased with these messages .

It has been confirmed that Baekhyun will release his second solo album this spring, the company SM Entertainment announced that the idol is preparing all the details to present his comeback at the end of May.

Aya Nakamura responds to haters that criticize their attitude