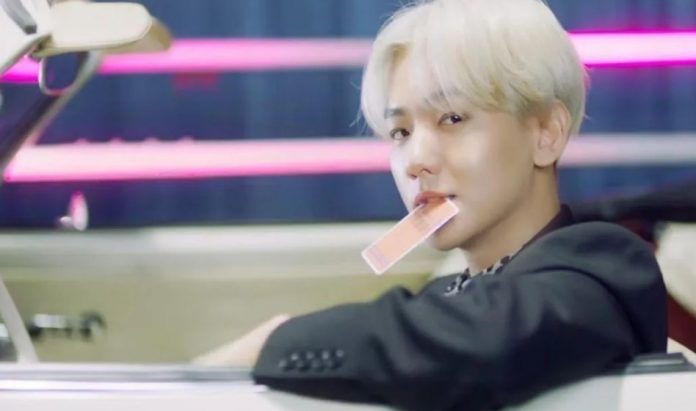 SM Entertainment idols to join voices for special spring project to premiere soon. Baekhyun and Doyoung are on the tracklist for a new music release. Fans of NCT and EXO shared their excitement at the expectations for their collaboration.

The change of season is near and the essence of spring begins to take over the environment. This season will be the theme song for a collection of songs performed by top K-Pop stars , including Baekhyun and Doyoung .

Stone Music Entertainment announced the upcoming release of Rewind: Blossom , a perfect playlist to ring in the spring and that will catch you with its positive vibes. Through their social networks, it was announced which songs that are part of the project and although several artists were revealed, it is still a mystery which melody is performed by each one.

What is a fact is that Baekhyun of EXO and Doyoung of NCT participate in the same song, because both are powerful vocalists within their groups, the excitement for the premiere rose to the maximum.

The Stone Music Entertainment project promises to spread the energy of spring while bringing together great artists, who will sing covers of some legendary tunes perfect for this season of the year.

The song collection is scheduled to premiere on March 12 and will include eight songs divided into side A and side B.