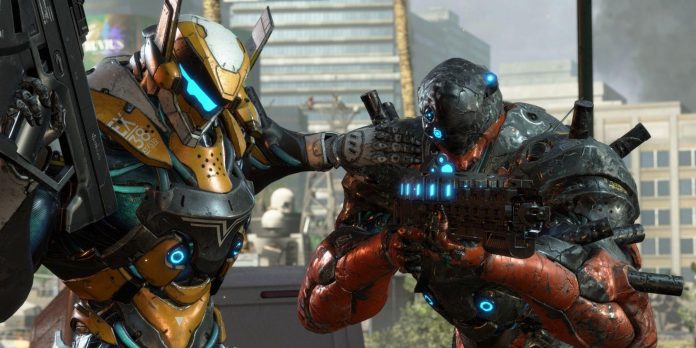 Exoprimal is starting to reveal more details with the premiere of a new trailer. New footage of the long-awaited Capcom game dedicated to the destruction of dinosaurs sheds more light on the true story of the game, as well as revealing new exosuits, dinosaurs and much more.

The new Exoprimal trailer was released during the Tokyo Games Show 2022. Capcom’s presentations, the first physical version of the event since 2019, take full advantage of the return to normalcy. The developer has presented a fairly extensive catalog revealing new details for games such as Street Fighter 6, Resident Evil Village Gold Edition and Monster Hunter Rise: Sunbreak, in addition to Exoprimal.

Approximately two and a half minutes of the story trailer begins with a narration explaining the premise of Exoprimal, which is that hordes of dinosaurs appear all over the world due to space-time distortions caused by a faulty sinister AI called Leviathan. Members of the player’s exosuit squad, The Hammerheads, begin to talk, reporting that the Aibius Corporation (creator of both exosuits and Leviathan) has hundreds of exo-destroyers “running around” with changeable devotion. The trailer, interspersed with some new gameplay footage, shows that the Hammers are at the mercy of the ubiquitous Leviathan, aided by a mysterious exo-destroyer named Durban, who is almost revealed at the end of the trailer.

The Exoprimal story trailer also tells about several new dinosaurs that players will have to face. Two recognizable enemy additions are presented in the form of Dilophosaurus, the acid-spitting dinosaur that became famous in the original Jurassic Park movie, and Carnotaurus, a large predator that essentially looks like a Tyrannosaurus Rex with horns. The pair of prehistoric creatures join a host of other dinosaurs featured in an earlier Exoprimal gameplay trailer, which showcases formidable enemies such as velociraptors, pteranadons, triceratops, and enhanced neosaurs.

In addition, the Exoprimal story trailer shows a couple of new exosuits in the form of Murasame and Skywave. Murasame, a class of tanks, is a red suit modeled after a samurai, with a corresponding massive blade. Skywave is a new support class exosuit capable of flying, as well as being able to hinder enemy movement, which is fully shown in the new trailer. Two new exosuits bring the total number of variants to eight, adding to the exosuits Barrage and Vigilant, presented at the Capcom presentation in June.

While some Capcom fans were initially outraged that Exoprimal has nothing to do with Dino Crisis, opinion on the title seems to have become much more favorable as more is revealed about the game. Although Capcom is still far from the actual release, Capcom may have the makings of another hit IP.